Fighting For Their Farming Livelihood: a Continuing Challenge 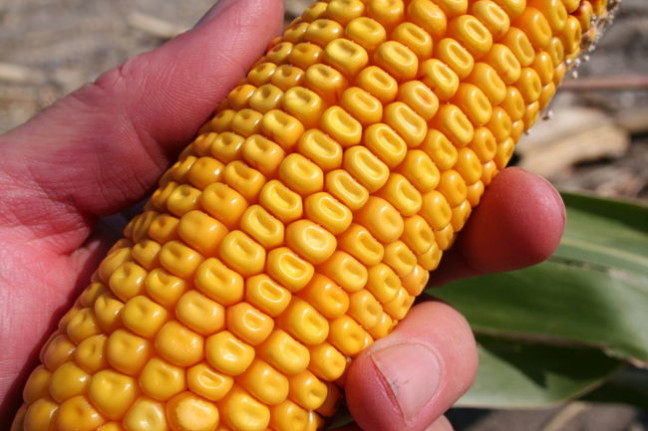 » Ag News » Fighting For Their Farming Livelihood: a...

Fighting For Their Farming Livelihood: a Continuing Challenge

I was asked to speak on the volatility of grains and oilseeds with particular emphasis on Prince Edward Island.

Other speakers talked about bringing innovation in agriculture and food to Prince Edward Island. It was a great conference, one in which your loyal scribe learned quite a bit.

It was obvious to me after I received the invitation to go to Prince Edward Island that I needed to know how cash grains basis behaved on the island. Basis is always somewhat of a measurement of supply and demand for localized grain, but this being Atlantic Canada I knew I was a bit out of my element.

So I contacted the General Manager of Prince Edward Island Grain Elevators Corporation, Neil Campbell. Neil filled me in on the nuances and challenges of pricing grain in Canada’s smallest province.

80% of the agricultural commodities produced in Prince Edward Island are exported because of the relatively small population and the relatively good propensity to produce. For instance one of the things I was very interested in was the transportation cost of grain to end-users, wherever they may be. For instance, in Ontario there are many end-users, especially when you consider the export market on our doorstep. However, that is not the case in Prince Edward Island because it is a long ways away from everything, end-users included. If you farm on Prince Edward Island, you have to be willing to innovate to survive.

It costs $60 per tonne to move corn and soybeans to and from Prince Edward Island from various end-users and originators in Ontario and Québec. That is a very high cost, but there is really no other way. With regard to production agriculture in Prince Edward Island, everything surrounds the potato rotation. So after the potatoes get their acres, then it is time for grains and oil seeds to get their place in the sun.

Much of the grain in Prince Edward Island gets shipped for those high fees into Ontario or Québec end-users or ends up in Halifax and other points in Atlantic Canada. For instance it costs about $25 a tonne to ship grains and oil seeds from Prince Edward Island to Halifax elevators. These various transportation cost parameters define the success of farmers on the island. It is a tall order to make it all work. Innovation and flexibility is key. Eking out a living in this small island province is a continual challenge, masked with a passion for what it is to be a Prince Edward Islander.

The continual challenge of farming was very evident at the conference. It was all about innovation, achieving food excellence in finding ways to sustain farming on Prince Edward Island. It was very evident to me that sustainability was not taken for granted here and that the conference organizers were extremely dedicated to finding ways to make agriculture thrive on Prince Edward Island. The alternative was the very real specter of failure, which in this maritime outpost is always around the corner.

The passion to stay and fight is always strong, but the economic pull from other regions of Canada is too. That made it so different from Ontario agriculture, which I am very used to. These people are fighting for their farming future.

Ditto the same for much of Atlantic Canadian agriculture. The question is, how much should the rest of Canada care and should the federal government be worried about that? Of course the answer is yes, this is Canada and whether you are from Ontario, southern Saskatchewan or rural PEI it doesn’t matter. We are all Canadians and we have a responsibility to each other.

In fact, in Canadian agriculture, we could use a little bit of that Prince Edward Island attitude wherever we are. They are fighting for their agricultural industry in a hostile unforgiving environment. Compared to them, the rest of us are on cruise control. I still don’t get that Anne of Green Gables thing. However, don’t underestimate her, she is who she is. PEI agriculture is too. They know what they need to do, and no stone will be left unturned getting there.

About the Author: John Lyons