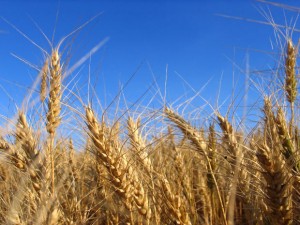 More than 400 farmers, political leaders and industry enthusiasts had direct access to Ontario’s Premier and other party leaders on November 25 and 26, when they attended the 78th annual meeting and convention of the Ontario Federation of Agriculture (OFA). The convention – held in Toronto – has become a not-to-be-missed opportunity for Ontario’s key political leaders to address grassroots members of Ontario’s $33 billion, agriculture and agri-food sector.

Kathleen Wynne, Ontario Premier and Minister of Agriculture and Food kicked off the 2013 convention with a challenge to our industry to meet specific growth targets in output and job creation over the next several years. NDP party leader Andrea Horwath and PC party leader Tim Hudak also spoke to the group. All party leaders were generous with their time and took the opportunity to field questions and concerns from OFA members, ranging from the need for improved preservation of farmland to the importance of job creation for Ontario’s youth.

Agriculture as a key economic engine for Ontario was a recurring theme throughout the event, and it was strongly supported with a presentation by Dr. John Groenewegen of JRG consulting. The study, titled Economic Contribution of the Ontario Farm Sector, uses the most current data about Ontario farming from Statistics Canada, revealing that agriculture truly is a driving force behind provincial job creation, a stable tax base and thriving rural communities. The study also confirmed that agriculture is a major contributor to Ontario’s food and beverage processing sector.

In the wake of the recent announcement of another food processing plant closure – this time Leamington Ontario’s Heinz tomato plant – farmers also had the opportunity to hear from Hon. Steve Peters, Executive Director of the Alliance of Ontario Food Processors. In his address, Mr. Peters impressed the need for the agriculture and agri-food sector to work with government to find a stable solution to attract and retain food processing facilities in Ontario to create jobs and markets for farmers.

The OFA values the time and attention our political leaders afforded Ontario farmers, and we will continue to address the ambitious goals for growth that the government has set, by asking the government to provide farmers with the tools we need to make it happen. To meet Premier Wynne’s growth challenge, Ontario’s agri-food sector needs the government’s help in ensuring our best farmland is protected, regardless of its location. We also need a sound and supportive regulatory environment and we need labour laws that allow Ontario food businesses to remain competitive. Ontario agri-businesses also require natural gas across rural Ontario to provide energy at competitive prices and we need to see further investment in the newly emerging bio-economy.