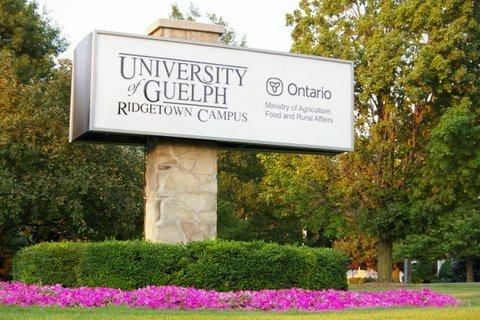 Dr. Darren E. Robinson of the Ridgetown Campus of the University of Guelph has just received the “Excellence in Weed Science” Award from the Canadian Weed Science Society (CWSS). The objective of this Award is “to recognize excellence among active scientists, educators, regulatory and extension personnel in the area of weed science in Canada. Their contributions must be judged to have had a major impact on weed science or the agricultural industry in Canada.”

The citation for the Award states that “To date, Darren has published 69 peer-reviewed manuscripts, authored or co-authored 3 book chapters, supervised and co-supervised 12 graduate students, presented 60 refereed papers at scientific conferences, and given 115 extension presentations and 17 short-courses. Darren served on the board of the Canadian Weed Science Society as Treasurer, is an Associate Editor for the Canadian Journal of Plant Science and Weed Technology, and has chaired the Horticulture and Specialty Crops section of the annual CWSS meeting.”