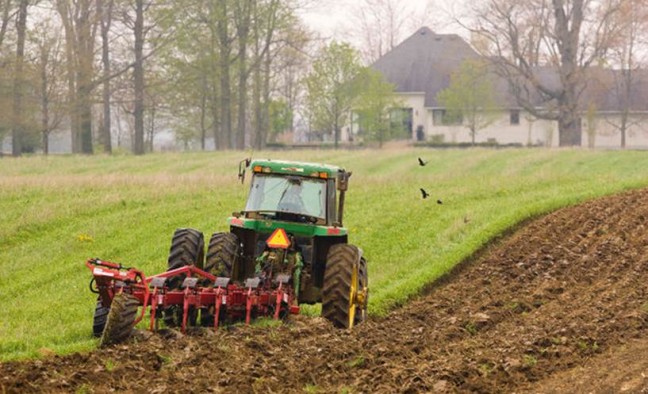 I love trivia, which explains a lot about my trivial mind.

This week, let’s look at some interesting facts on farming that you might not know. This information is from Farm and Food Care Ontario.

Did you know that one acre of corn removes about eight tons of carbon dioxide from the air in one growing season?

Did you know that greenhouse gas is not actually gas coming from a greenhouse? It’s a series of gases such as methane and carbon dioxide, which act as a shield that traps heat in the earth’s atmosphere, much like the way a greenhouse retains heat. Greenhouse gases have been linked to contributing to global warming.

Did you know that pesticide use can help protect wildlife? The biggest threat to wildlife is the loss of habitat. Pesticides help farmers produce more food without increasing the area of cultivated land. These pesticides are precise, safe, and stringently controlled. Scientific surveys show that pesticide residues in foods are 100 to 1,000 times lower in Canada than levels considered safe by the World Health Organization.

About 30% of Canada’s agricultural land is too hilly, rocky, cold or wet to produce crops. But it can support grazing livestock, which don’t compete with people for food grains. In all, about 80% of the feed consumed by cattle, sheep, goats, and horses could not be eaten or digested by humans.

Animals convert low-energy and otherwise indigestible plant matter into nutrient and protein-rich food, while returning organic matter (manure) to the soil. This is the original recycling program.

In all provinces across Canada, a voluntary program called the Environmental Farm Plan is helping farmers audit their operations for environmental concerns, as well as helping them set goals and timetables for improvements. In Ontario, around 70% of our farmers have participated and have invested over $600 million in on-farm environmental improvements over the last 20 years.

If you drove your car from Charlottetown, PEI to Vancouver, BC you would use 540 litres of ethanol, produced from one-third acre of corn land, which is about the size of a quarter of a Canadian football field. And with ethanol being a form of renewable energy, it emits less carbon dioxide than gasoline.

Agriculture really is a fascinating and innovative sector. And there are always things to learn.