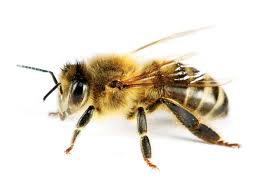 This week’s guest commentary comes from Lee Townsend, a commercial beekeeper from Stony Plain, Alta. He has represented the beekeeping industry at both the national and provincial level over the past eight years.

News outlets throughout Canada are filled with stories about the imminent decline of honeybees and the calls by some beekeepers to ban the pesticides — called neonicotinoids — which they blame for their problems.

As a commercial beekeeper, I have a couple of points to make that may surprise some readers. First, the Canadian honeybee industry is far from collapsing — in fact, it’s thriving. The numbers don’t lie. Both the total number of honeybee colonies and beekeepers in Canada has risen dramatically since 2008.

My second point is that while the honeybee industry is stressed by many factors, there is one emerging threat that is becoming our biggest challenge. That isn’t the many natural infections that plague bees, ranging from varroa mites to nosema to the emergence of the small hive beetle in Ontario and Quebec. The rising numbers of bee colonies and flourishing honey and pollination industries demonstrate that beekeepers can contend with those problems.

No, the newest and most preventable threat comes from the mistaken alliance some beekeepers are forming with environmental activist groups who would turn farmers into enemies and drive a wedge between the farming and beekeeping communities that depend on each other for their livelihoods.

So why are we consistently hearing reports of the demise of our industry, while the numbers clearly show this is not true? Simply put, the neonicotinoid debate in eastern Canada.

In 2012, Health Canada’s Pest Management Regulatory Agency reported that 43 beekeepers in Ontario and Quebec had exposure to these products. In 2013, the number of beekeepers affected (including Manitoba) increased to 82, impacting some 7,115 colonies. For these beekeepers, this is a very serious problem that threatens their livelihoods. But, put in perspective, this represents only slightly more than one per cent of Canada’s colonies over the past two years..

Unfortunately, we haven’t been able to work together to find out what is really happening, in part due to the insertion of special interest groups like the Sierra Club. There is no denying that neonics, like any other pesticide, can be toxic to honeybees if misapplied. But these special interest groups have scared beekeepers, the public, and the media into believing these products are far worse than actual scientific data indicates. If it was the epidemic they claim, why is it only affecting one per cent of Canada’s colonies? And out of that one per cent, we have yet to see data indicating exactly how many of those hives’ sole problem was neonic exposure.

In addition, these special interest groups fail to acknowledge there are colonies in Ontario and Quebec that are exposed to neonics on both corn and soy, with zero problems. And look at Western Canada. On the Prairies, 70 per cent of Canada’s colonies forage canola without issue. We are even exposed to corn and soy, and except for four beekeepers in Manitoba in 2013, there have been no issues there either.

Clearly there is need for further research, including the health status of these colonies prior to neonic exposure and clear records of the management practices of beekeepers. Most non-beekeepers don’t realize that just as farmers use pesticides to keep pests off their crops, beekeepers use pesticides inside the hive to control for infestations such as varroa mites. There is nothing wrong with this, if it is done properly. But beekeepers should keep this in mind when they link arms with activist groups with a larger anti-pesticide agenda.

Both weak and unhealthy mismanaged colonies are more susceptible to neonic exposure, just as they are to any other stress. But up until now, little information regarding either of these items has been shared by the affected beekeepers.

The only way a solution will be found is if beekeepers, growers and manufacturers of these products come together to work for a common solution. Since the first problems were reported, both the growers and seed manufacturers have demonstrated a willingness to work with beekeepers. In addition, Canada’s national bee organization, the Canadian Honey Council, has been working with all the involved parties on a solution.

Unfortunately, because of the antagonistic approach taken by some beekeepers — as well as the environmental groups for whom conflict is their bread and butter — this willingness to work with the honeybee industry is diminishing.

We depend on the growers for the land and forage our colonies rely on. The relationship between beekeepers, growers and the seed manufacturers is symbiotic. To let short-sighted agendas ruin that would be a tragedy. Emotional responses rarely solve problems.