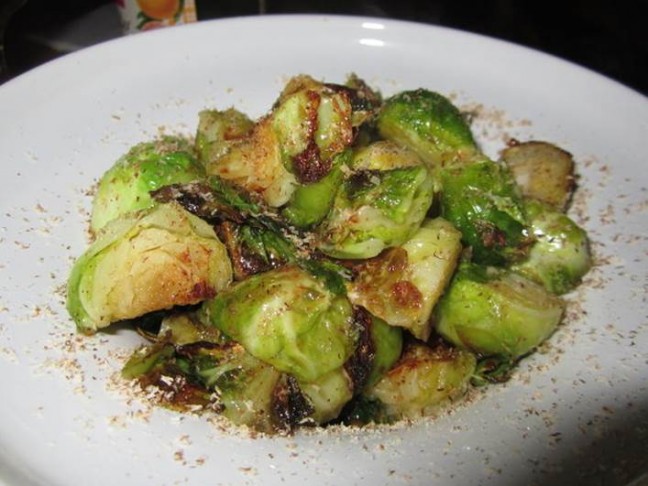 Brussels sprouts – what comes to mind?  I know many people don’t really like or have even tried this vegetable.  But perhaps by the end of this article, you may at least give them a try this year.

Look at the leaves and stem – tiny holes may indicate the presence of worms or plant lice, make sure the stem of the sprout is white and firm.

So go ahead and eat some this year.  Just try them again. You deserve it.

Our local producers appreciate your support of buying local and buying fresh.  You can’t go wrong with supporting our local agricultural sector.

This article is dedicated to the memory of Rudy Ciarma – one of the kindest Chatham-Kent citizens ever and our biggest Brussels sprouts fan.

Think about this – The true nature of a man is not how many servants he has, but how many people he serves.

Here in Chatham-Kent ‘WE GROW FOR THE WORLD’.  Check out our website at www.wegrowfortheworld.com