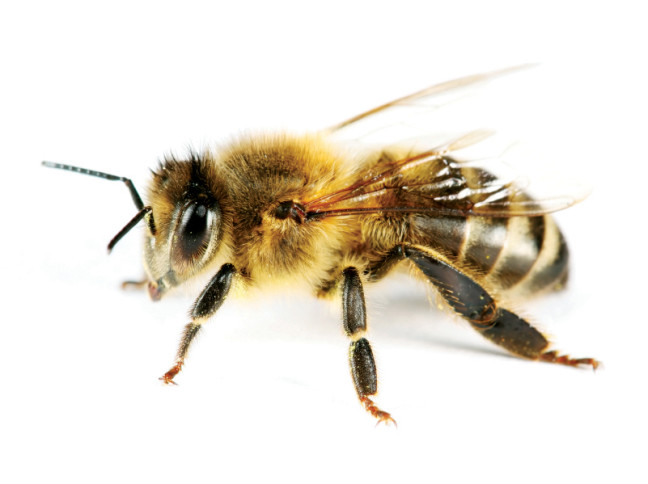 A greater percentage of bees survived last winter in Alberta, Manitoba and most of the rest of Canada than a year ago.

Alberta Agriculture surveyed a group of commercial beekeepers who operate over 90 per cent of honey bee colonies in the province. Seventy-six per cent responded.

Nasr says beekeepers attribute their losses to a cold spring and poor quality queens. An outbreak of the Nosema pathogen, which was tied to the late spring and resulting confinement of bees inside beehives for a longer period, was also cited as a factor. Varroa infestation, however, ranked at the bottom of the list of possible bee colony losses.

“It was reported that Varroa was under control in most operations in 2013-14,” says Nasr. “The application of Apivar in early spring for Varroa control has proven, at this point, to be the most effective treatment time to keep healthy colonies through the season and for wintering.”

But in cases where fall treatment was late, winterkill was high.Alberta’s longer-term bee winterkill rates have been on the decline, dropping from 30 to 40 per cent between 2007 and 2010 to between 15 and 24 per cent over the last four years. Overall, the average winterkill in Alberta is 20 per cent in the past four years.

In Manitoba, 2013-14 looked a lot closer to normal than the previous year, when wintering losses reached a whopping 46.4 per cent, Manitoba Agriculture reports. This past winter, losses were 23.9 per cent.

The survey’s findings represented 50.5 per cent of the province’s colonies.

Winterkill was highest in northwestern Manitoba at 35 per cent. Lafrenière says the higher losses there appear to be related to a high concentration of fall aster honey, which has been reported by many beekeepers as poor feed for winter bees.

Canada’s total winterkill for 2013-14 also fell, down to 25 per cent from 28.6 per cent the year before. The highest level was reached in Ontario at 58 per cent, but when their numbers are removed, the national bee mortality drops to 19.2 per cent. That level of winter loss, though, is still considered high for most beekeepers, who target a maximum of 15 per cent.

B.C. had the lowest winterkill at 15 per cent and Quebec too saw improved survival.

“It was encouraging to hear that Quebec reported 18 per cent winterkill in 2014,” says Nasr. “This is the lowest reported winterkill in Quebec in comparison to previous years.”

To ensure continued survival this growing season, Nasr urges communication and co-operation between beekeepers and farmers.

“Bees go to crops when they are in bloom to collect pollen and nectar. If crops are sprayed while bees are foraging in the field, it can be devastating,” he says.