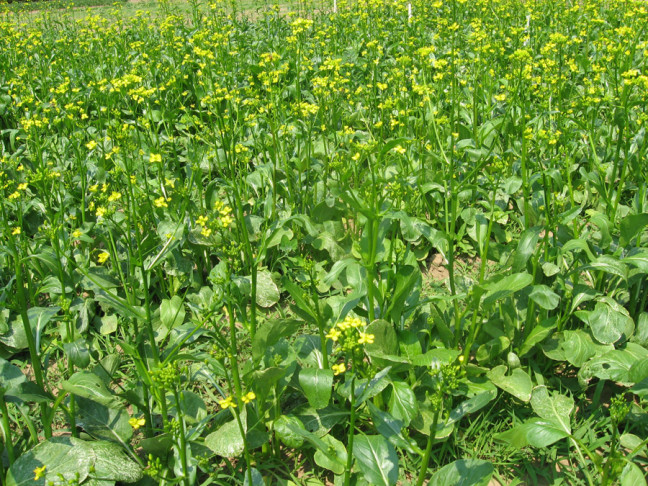 After nearly a decade of disappointments, a handful of new plants is aiming to do what no company has succeeded at yet: turn the coarse waste from corn into huge amounts of ethanol.

In what may be the biggest jump forward to date for advanced biofuels, three cellulosic ethanol plants in Iowa and one in Kansas are kicking off commercial operations this year with plans to churn out tens of millions of gallons of fuel for the nation’s cars. They include Project Liberty, a POET-DSM project in Emmetsburg that can run off the fuel it produces and includes high-tech machines to sort the corn waste.

But the success of the new ventures is not guaranteed — two other advanced biofuel producers stumbled out the gate last year. And the wave of plant openings is coming just as biofuel producers await an EPA decision that they fear could dim their prospects: How many billions of gallons of biofuel will gasoline refiners have to blend into their product this year, and how will the agency make such judgments in the future?

Speculation about EPA’s move heightened with Friday’s announcement that it has submitted a proposed final version of its 2014 Renewable Fuel Standard to the Office of Management and Budget. Biofuel producers are waiting to see if EPA backs off a draft last fall that called for cuts in the blending requirement, a move that threw a scare into the industry.

“POET wants to build plants in America,” founder Jeff Broin said in an interview, adding the agency’s decision will tell investors and lenders if “the government is standing behind renewable fuels.” If not, he said, there’s a “high risk that this technology could leave our country.”

EPA’s slowness to make a final decision on the blending requirement has already damaged the industry, said John Pieper, a feedstock workstream leader at a cellulosic ethanol plant that chemical giant DuPont is building about 130 miles away in central Iowa.

“The wavering on those mandates has caused a lot of investors to go and look elsewhere,” Pieper said.

Michael McAdams, president of the Advanced Biofuels Association, wrote in July that this summer could be “the most consequential in the brief history of this emerging industry.”

The cloudy prospects for this next-generation form of ethanol are a far cry from the high hopes that reigned in Washington just seven years ago.

Congress threw its weight behind ethanol in 2007, when it imposed the current version of the mandate by requiring gasoline producers to blend ever-escalating amounts of biofuel into their product. And lawmakers had sky-high expectations for cellulosic ethanol, an advanced biofuel made from plant parts like corn husks and switch grass.

Cellulosic ethanol still attracts support from environmental groups that are far more suspicious of traditional starch-based corn ethanol. But companies’ inability to produce more than a token amount of the stuff added to the political difficulties plaguing the ethanol industry.

Other advanced biofuels plants have come online in the last year and then quickly gone off for upgrades and fixes, including the Ineos Bio plant in Vero Beach, Florida, and KiOR in Columbus, Mississippi. KiOR told the SEC on Aug. 11 that because of structural and mechanical problems, it is struggling with more than $600 million in debt that is only growing; will “have little revenue in 2014;” and without new financing, won’t be able to meet its obligations past Sept. 30.

Part of the problem is bad timing, said Travis Brotherson, a plant engineer at an ethanol plant owned by Quad County Corn Processors, who cited unstable political support for biofuels, the recession and the resulting difficulty attracting investment funds. Brotherson invented a process for turning previously unused corn kernel fibers into cellulosic ethanol — a “bolt on” technology the company is already using.

Liberty, in northwest Iowa, is in the pretreatment stage and expects to produce its first gallons of cellulosic ethanol in the coming weeks. The plant will host Dutch King Willem-Alexander at its Sept. 3 grand opening.

That could be just the beginning. Iowa has 41 of the country’s 210 ethanol plants, and just about all of them have the potential to expand and co-generate advanced ethanol.

But back in Washington, political support for ethanol has waned. Some green groups argue that the traditional, corn-based version of the fuel has proved less environmentally friendly than they’d hoped, and the mandate faces fierce opposition from the cattle, restaurant and oil industries.

The Obama administration says it’s still committed to bringing advanced biofuel to market. But separating its fate from that of corn ethanol may be more complex than the administration would like.

Another complication is fragmentation: Each of the new plants is using its own specific technology, and each is more interested in patenting and controlling its version than in building a lot more cellulosic plants.

But having each company go off on its own has been part of the hold-up for cellulosic ethanol, several people in the industry say. The lack of industry-standard technology means companies have nobody else to call when something goes awry.

POET’s Liberty plant, which benefited from $100 million in Energy Department grants and $20 million from the state of Iowa, will be the first commercial-scale cellulosic ethanol plant once it ramps up to an annual output of 20 million gallons.

The plant is a massive, high-tech enterprise, complete with a many-screened control room — which can be run remotely — and immaculate lab. “This whole plant’s cutting edge technology,” Daron Wilson, Liberty’s general manager, said during a tour of the site.

POET holds patents on some specially designed equipment, including a machine that takes in bales of corn refuse, slits off its wrapping and feeds the wrapping into a conveyor that transports it to the boiler. Both Liberty and the ethanol plant next door will be powered from byproducts of the process, eliminating a need to use coal or natural gas.

The much smaller Quad County plant has entered into a deal with the seed and agrochemical company Syngenta for a type of corn that comes with enzymes especially suited to making ethanol, and has patented its own process for producing cellulosic ethanol.

Quad County produces about 35 million gallons of conventional ethanol annually and has boosted its output with an expected 2 million gallons of cellulosic ethanol in the next year using cellulose fiber in corn kernels. The facility runs on natural gas.

DuPont’s cellulosic operation will also run on natural gas, but its output will provide biomass-based power for the Lincolnway Energy ethanol plant next door, eliminating its current use of coal-fired power. The DuPont operation is designed with the ability to be retrofitted for independent power later, Pieper said.

DuPont expects to ramp up to 30 million gallons at full-scale production in 2015, Pieper said.

Spanish-based Abengoa Bioenergy recently completed construction at its advanced biofuels plant in Hugoton, Kansas, and is planning to produce its “first gallons of cellulosic ethanol sometime in the next few weeks,” with expectations for “significant production in the last quarter of this year,” Executive Vice President Christopher Standlee said. The plant should produce at a rate of 25 million gallons per year by early 2015, he said.

The Agriculture Department recently selected Abengoa’s Kansas facility to receive biomass from farmers who get funding from the Biomass Crop Assistance Program, a $25 million program authorized in this year’s Farm Bill to help with transportation costs. Moving tons of biomass from farm to plant is just one of the many moving parts that have slowed cellulosic ethanol’s drive to market, industry sources say.

Biofuels plants are filled with easily identifiable smells during various phases of the process — yeasty, sweet, fermented and a waft of a rotten-eggs during the anaerobic digestion part of the process, when bacteria are used. The three cellulosic plants in Iowa all use biological enzymes to convert biomass to fuel, while operations elsewhere use a thermochemical process in which biomass is exposed to extreme heat, pressure and catalysts to be converted to a gas or liquid and then processed into fuel.

The three cellulosic plants — and ethanol plants generally — take in corn from about a 30-mile radius. For DuPont’s site in Nevada, Iowa, that radius contains 800,000 acres of corn a year, Pieper said.

Liberty’s only leftover waste will be sulfur, which will initially go to landfills. Eventually it will probably be reapplied to fields or sold as a product, Wilson said.

At Quad County, the company produces two types of animal feed and 750,000 gallons of corn oil a year, and sends extra carbon dioxide formed in the process to a dry ice plant next door. Most of the company’s approximately 400 shareholders are farmers who decided to start making ethanol about a decade ago, finding it more expensive to haul their corn out of the area than to create a product with it nearby, Brotherson said.

But whether those farmers have a future depends a lot on what EPA decides about the biofuel-blending mandate.

The oil industry wants the mandate scaled back or abolished, warning that otherwise refiners will be forced to use more ethanol than the market can support. Ethanol producers wants EPA to keep escalating the required blending volumes, saying the program is meant to create incentives for the oil industry to push for more high-ethanol infrastructure — and that the RFS sends a signal to investors who can bring more advanced ethanol to market.

“If there is no RFS, we’re mandating using petroleum,” argued Tom Brooks, the general manager of Western Dubuque Biodiesel.