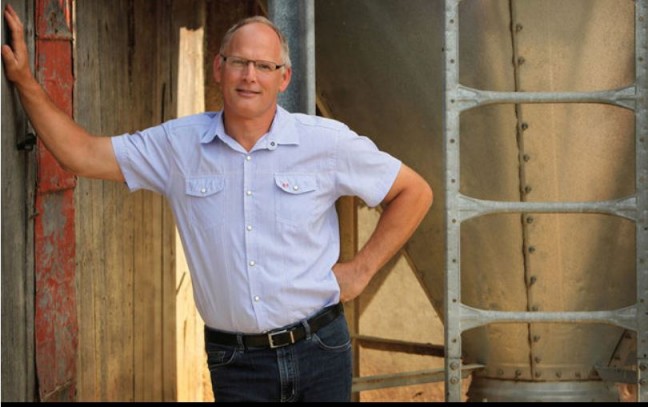 When approached to pose for a calender, Thamesville-area farmer Clarence Nywening’s first reaction was one of disbelief.

The father of five children – and grandfather of five – said the initial words that came to mind were ‘Really?’ and ‘Why?’ of the chance to appear in the 10th anniversary of the Faces of Farming Calendar.  But seeing the chance to tell his story, the poultry farmer welcomed the opportunity.  Nywening appears on the September page of the 2015 calendar, which is a project of Farm and Food Care Ontario, a coalition of farmers and agricultural organizations.

The calendar aims to raise the profile of Ontario farmers and showcase the diversity of the province’s farm families.

“It was a fun experience and I got to meet a lot of different people who farm around the countryside,”said Nywening, who farms with his wife Pat and two of their children.  Their farm specializes in broiler breeders, which are hens – as well as the roosters – that lay fertilized eggs that hatch into chickens. Once the eggs are hatched, the young birds are sent to broiler farms throughout Ontario to be raised for meat.

There’s more to this story, follow this link to read more.