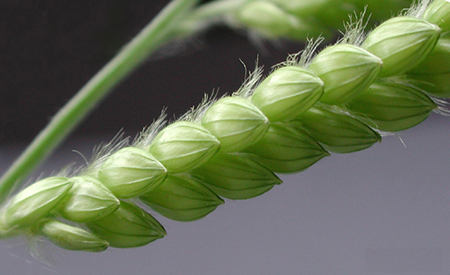 With just 25 species on its noxious weed schedule – a fraction of some other agriculturally intensive provinces – Ontario’s most wanted weeds were already few in number when provincial authorities eliminated nine varieties early in the new year.

But they also added nine new ones, evening the tally.

This year marks the first time since 1990 the schedule has been significantly revised. The only addition between then and now was in 2010, when giant hogweed was added.

Some of the new additions have been around for years, such as kudzu.

Others, such as jointed goatgrass and common crupina, are not here in significant numbers yet. But they’ve been identified by the Canadian Food Inspection Agency as potential present threats to agriculture, so they’ve now been added.

In October, the province held a public discussion period over a proposed change to the schedule. Feedback from that initiative and research results from organizations such as the Ontario Soil and Crop Improvement Association resulted in some weeds being added to the list, and others being removed.

The weeds removed from the list are still found in farmers’ fields in Ontario. Certain counties continue to designate some of them, such as wild carrot, as threats.

However, says provincial weed management specialist Mike Cowbrough, the agriculture sector has figured out ways to manage them, resulted in them being delisted.

As well, several of these weeds sport significant flowers, making them pollinator friendly, a factor in the province’s drive to support pollinators.