Seed Corn Production Projected To Be 11,000 Acres This Year

Seed Corn Production Projected To Be 11,000 Acres This Year

Ontario’s seed corn acreage is expected to dip sharply for the second year in a row. 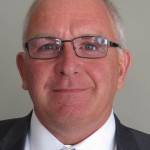 Jeff Wilson, chair of the Seed Corn Growers of Ontario, said production area for this year is projected to be 11,000 acres.

The number is about a third of the record acreage that was planted two years ago.

In 2013, Ontario growers planted 33,300 acres of seed corn in response to the massive drought that severely affected much of the corn-growing regions in the United States in 2012.

But the inventories have been restored with better growing conditions, which has caused the companies to reduce the seed corn acres across North America for both 2014 and 2015.

“And they’re talking about people planting less corn this spring, so they (seed companies) don’t think the demand is going to be there,” Wilson said Monday at the seed corn board’s annual meeting at Deer Run Golf Course near Blenheim.

As part of the reduction, there will be no seed corn production in Essex County this year.

Wilson said the move is the result of DuPont Pioneer concentrating the acres closer to its processing plants in Chatham and Ridgetown for logistical reasons.

The smaller acreage will mean that fewer jobs will be available this summer for corn detasseling, a traditional summer job for students.

Despite the reduction in acres, Wilson said the seed corn growers have been encouraged by the investments made by some of the seed companies in the area.

He noted that DuPont Pioneer spent $19 million on the Chatham plant and Maizex Seeds, based in Tilbury is celebrating 25 years in business.

In addition, C & L Production Group of Blenheim is contracting with growers this year.

The new company is growing seed corn on 400 acres.

Looking ahead to 2016, Wilson said seed corn growers are concerned about the Ontario government’s proposed 80% reduction of neonicotinoid use on corn, soybeans and seed corn.

Noting that seed corn production is different than commercial corn production, the farmers plant inbred varieties from the U.S. to produce seeds with the desired traits.

Because they’re vulnerable to stresses, including insects, the seeds are treated with neonics.

As a result, the Ontario industry worries that the companies may move the seed corn production away from the province if the yields are lower and the cost per unit is higher than in other production areas.

“That hasn’t happened, but it’s just a scenario that we’re saying may happen,” said Wilson.

While noting that farmers recognize the importance of a healthy pollinator population, Wilson said the the issue is complex and that the recent declines have been caused by several factors.

According to the seed corn board, the industry’s economic development impact in 2012 was $100 million.

The board represents 350 growers in Ontario, with the more than 90% of the production in Chatham-Kent.