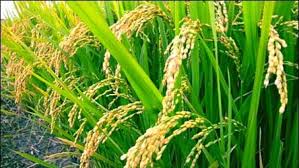 The White House Office of Science and Technology Policy and the United States Patent and Trademark Office (USPTO) bestow the 2015 Patents for Humanity Award to the Golden Rice Project. The award is given to patent owners working to bring life-saving technologies to the underserved people of the world in the fields of medicine, sanitation, household energy, living standards, and nutrition.

The award given on April 20, 2015 at the White House recognizes the vision of Golden Rice (GR) co-inventors Ingo Potrykus and Peter Beyer, and GR Humanitarian Board Secretary Adrian Dubock whose patent application of the project enabled small holder farmers to benefit from Golden Rice.

“Royalty-free access to key technologies used in Golden Rice has enabled IRRI and public institutions to continue research and development of Golden Rice on a not-for-profit basis. Through this royalty-free arrangement and by breeding Golden Rice into already popular inbred varieties, resource-poor farmers can afford and reuse the seeds when they become available,” according to the IRRI media release.