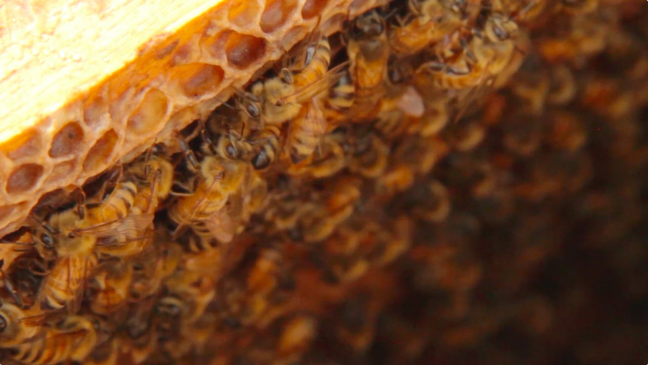 GUELPH – Grain Farmers of Ontario is calling on the Province of Ontario to take a look at what other jurisdictions are saying when it comes to pollinator health — instead of rushing though unworkable regulations that will hurt farmers.

In the last two weeks, the Canadian Senate and the U.S. White House each issued reports on how to address the issue of improving pollinator health. Of 13 recommendations proposed by the two entities, none call for an immediate reduction in the use of neonicotinoid treated seeds. This calls into question why Glen Murray, Ontario’s Environment Minister, is pushing heavily to restrict access to important seed treatments as his only solution to protect pollinator health.

“It is becoming increasingly frustrating to try to explain to the government how wrong headed their approach to pollinator health is. Instead of focusing on key issues that have been identified by responsible parties, Ontario’s policy is being driven purely by politics and special interest groups,” says Mark Huston, Vice Chair of Grain Farmers of Ontario.

As an example, last week, the David Suzuki Foundation brought in a scientist from Europe to tell Ontario legislators that there has been no reduction in crop yield during their moratorium on neonicotinoids, while bee mortalities dropped 10% during the same period.

“We know he is wrong on crop yield. Field reports from England and Germany indicated widespread pest damage that could not be controlled by alternative means,” says Barry Senft, CEO of Grain Farmers of Ontario. “Here in Canada we have a better solution to protect both our crops and pollinators. We saw a 70% reduction in bee mortalities during the 2014 planting season by following the PMRA’s interim controls. It just doesn’t make sense for Murray to want to force this through on July 1 given the achievements we’ve already seen.”

The Pollinator Health Blueprint developed by Ontario farmers, beekeepers, and other stakeholders proposes strategies that are in line with other jurisdictions including the Canadian Senate and the White House. Grain Farmers of Ontario is urging the provincial government to delay the July 1, 2015 implementation of its proposed neonicotinoid regulations and engage farmers in developing a workable plan that will deliver a tangible result in improving pollinator health.