A Lot More Than Water Found In Watermelon 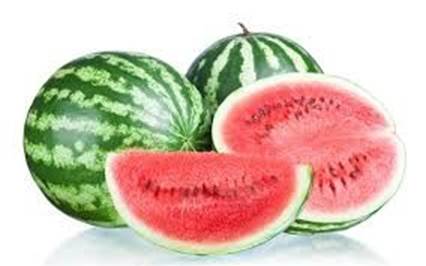 A Lot More Than Water Found In Watermelon

Don’t you just love the juice dripping down your chin after biting into a slice of watermelon? Delicious, juicy melons are a great source of much-needed water and electrolytes to tame the hot summer temperatures.

Who would have thought the common watermelon packed so much nutrition? The usual notion about watermelon is they are just water with some taste, but not a good choice for nutritional value. Even though the watermelon is 92% water, it has quite a bit of nutrition, probably more than most people think. Watermelon is a vine-like flowering plant originally from southern Africa. Its fruit, which is also called watermelon, is a special kind referred to by botanists as a pepo, a berry which has a thick rind and fleshy center. There’s even a website (www.watermelon.org) which is filled with all kinds of information and recipes for watermelon.

Over the past years, nutritionists, medical professionals, scientists and researchers have taken an interest to find out more about watermelon’s health benefits.

Watermelon not only boosts your “health esteem,” but it is has excellent levels of vitamins A and C and a good level of vitamin B6.

Vitamin A found in watermelon is important for optimal eye health and boosts immunity by enhancing the infection-fighting actions of white blood cells called lymphocytes.

Vitamin B6 found in watermelon helps the immune system produce antibodies. Antibodies are needed to fight many diseases. Vitamin B6 helps maintain normal nerve function and form red blood cells. The body uses it to help break down proteins, so the more protein you eat, the more vitamin B6 you need.

Vitamin C in watermelon can help to bolster the immune system’s defenses against infections and viruses and can protect a body from harmful free radicals that can accelerate aging and conditions such as cataracts.

The meat or pulp of watermelons is usually pink or red. Those colours indicate the highest content of lycopene, an antioxidant studied for its ability to greatly minimize cancer risks.

A two-cup serving of watermelon is also a source of potassium, a mineral necessary for water balance and found inside of every cell.

You can even use the rind of the watermelon. It is edible and can be used as a vegetable, as a stir fry, stewed and even pickled.

We all need to eat healthier and exercise more. Why not have fun doing the eating part? So go ahead and bite into one of those delicious and healthy watermelons. They are even better if you can buy a locally grown watermelon, so make sure you look for those when they come out.

Think about this – Only God can bring peace to your past, purpose to your present, and hope to your future.

Here in Chatham-Kent ‘WE GROW FOR THE WORLD’. Check out our community’s agricultural website at www. wegrowfortheworld.com