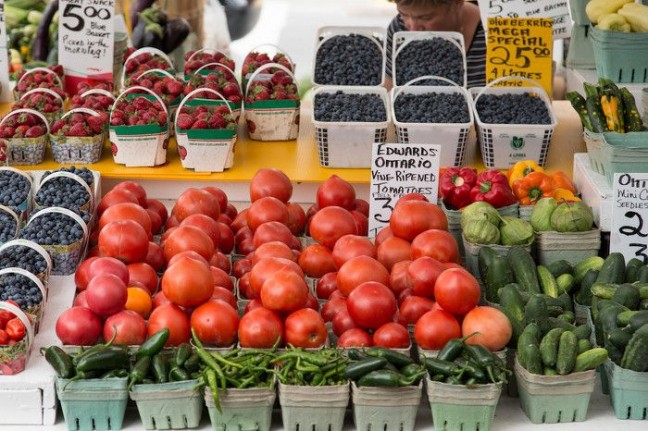 Despite myriad assurances from scientists that foods containing genetically modified ingredients are safe to eat, consumers are likely to see more and more products labeled “G.M.O.-free” in the not-too-distant future. As happened with the explosion of gluten-free products, food companies are quick to cash in on what they believe consumers want regardless of whether it is scientifically justified.

Responding to consumer concerns about genetically modified organisms, or G.M.O.s, in foods, as well as individual company and state actions on G.M.O. labeling, the Department of Agriculture last month announced a voluntary certification program that food companies would pay for to have their products labeled G.M.O.-free.

By the end of the month, Abbott, the maker of Similac Advance, began selling a G.M.O.-free version of the nation’s leading commercial baby formula (it already has such a product, sold as Similac Organic) to give consumers “peace of mind”.

In April, Chipotle Mexican Grill announced it would start preparing foods with no G.M.O.s, although the restaurant will not be free of such ingredients.

Last year, Vermont passed a law requiring the labeling of foods that contain G.M.O.s (Connecticut and Maine have labeling laws that will go into effect only when surrounding states also pass them). And Whole Foods Market, with 410 stores in 42 states, Canada and Britain, announced that it would require all foods they sell with G.M.O.s to be so labeled by 2018.

G.M.O. labeling is already required in 64 countries, including those of the European Union; Russia; Japan; China; Australia; Brazil; and a number of countries in Africa, where despite rampant food scarcity and malnutrition, American exports that could save millions of lives have been rejected because the crops contained G.M.O.s.

However, a review of the pros and cons of G.M.O.s strongly suggests that the issue reflects a poor public understanding of the science behind them, along with a rebellion against the dominance of food and agricultural conglomerates. The anti-G.M.O. movement, I’m afraid, risks throwing the baby out with the bathwater. What is needed is a dispassionate look at what G.M.O.s mean and their actual and potential good, not just a fear of harmful possibilities.

Let’s start with the facts. Humans have been genetically modifying food and feed plants and animals for millenniums, until recently only by repeatedly crossing existing ones with relatives that have more desirable characteristics. It can take many years, even decades, to achieve a commercially viable product this way because unwanted traits can come in the resulting hybrids. While it may be nice to have a tomato that can withstand long-distance travel, the fruit also has to ripen evenly and, most important, taste good.

Genetic engineering makes it possible to achieve a desired outcome in one generation. It introduces only a single known gene or small group of genes that dictate production of desired proteins into a plant, imparting characteristics such as tolerance of frost, drought or salt, or resistance to disease or weed killer. The technique can also be used to enhance a plant’s growth or content of an essential nutrient, or, in the case of animals, reduce the feed they need.

Thus, Golden Rice, genetically enhanced to be rich in beta-carotene, the precursor of vitamin A, may help counter vitamin A deficiency, which can cause blindness, in rice-dependent populations; another gene inserted into rice increases its iron content to fight iron-deficiency anemia; a gene from ocean pout speeds the growth of farmed salmon, reducing its dependence on wild fish feed; and a bacterial gene inserted into the DNA of corn enables it to better withstand drought.

The often-voiced concern that introducing genes from different species is unnatural and potentially dangerous ignores the fact that all living organisms, including humans, share thousands, even millions of genes with other species (we share 84 percent of our genes with dogs!).

As for safety, G.M.O.’s are regulated by the Food and Drug Administration and the Environmental Protection Agency. Developers must test the product for toxicity and allergenicity as well as assure that its nutrient content is at least as good as its non-G.M.O. counterpart.

Yes, this depends on the developer’s honesty, but note: There is no such testing required for traditionally bred foods, any number of which are known to cause life-threatening reactions in some people. Many popular non-G.M.O. foods, including broccoli, mushrooms and carrots, contain natural toxins, though the foods are not harmful to people when consumed in normal amounts. Kiwis, with hundreds of novel proteins, many of which have allergic potential, were never tested for allergenicity before they were marketed.

Peanuts, shellfish, celery and strawberries have not been banned despite some people being allergic to them. It may even be possible to use genetic engineering to get rid of the allergenic proteins in such foods.

Other actual and potential applications of the technique include using bacteria outfitted with the human insulin gene to produce insulin to treat diabetes; using a yeast with a gene for chymosin from the stomach lining of calves to churn out a vegetarian version of the enzyme needed to produce cheese; and employing various genetically modified organisms to produce vast quantities of vaccines, antibodies or drugs rapidly and inexpensively.

Safety testing of G.M.O.s often goes beyond their intended use. In an effort to enrich soybeans used for animal feed with the amino acid methionine, a gene from Brazil nuts was used. But when testing showed that people allergic to Brazil nuts produced antibodies to the protein in engineered soybeans, research on the modified beans was abandoned.

A legitimate safety concern involves possible delayed deleterious effects of genetically modified products on consumers, the environment or the “balance” of nature. As with an organism’s natural genes, introduced ones can mutate or disrupt the function of neighboring genes. Thus, continued monitoring of their effects is essential and, as with defective cars, malfunctioning products may have to be recalled.

Are there risks to G.M.O.s that scientists have yet to consider or discover? Of course there are. Nothing in this life is risk-free, but that is not enough reason to reject valuable scientific advances.

Another objection to G.M.O.s, however, could jeopardize the government’s ability to certify products as G.M.O.-free: G.M.O. seeds can sometimes escape where they’re grown and contaminate fields of non-G.M.O. crops, and scores of minor ingredients in food products, like cornstarch, may be derived from a G.M.O. crop. While there are no guarantees, the best way for concerned consumers to avoid G.M.O. products is to choose those certified as organic, which the U.S.D.A. requires to be G.M.O.-free.