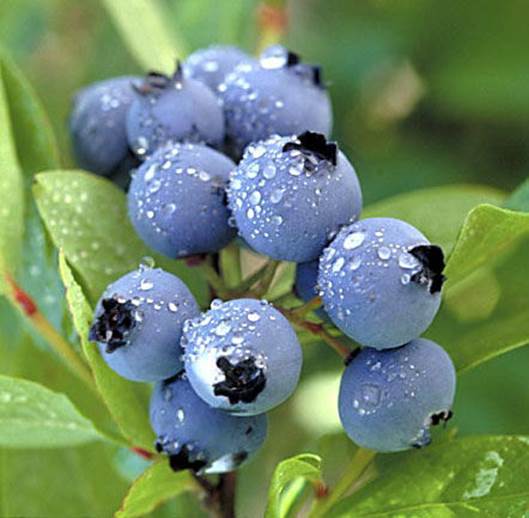 Just as we have bitten into our local asparagus and strawberries, it is now time for another favourite of many. Chatham-Kent grown blueberries and raspberries are ready and waiting for you. They are delicious and nutritious.

Early colonists from Europe learned from our First Nations people how to gather blueberries, dry them under the summer’s sun, and store them for the winter. In time, blueberries became an important food source and were preserved, and later canned. A beverage made with blueberries was an important staple for soldiers during the U.S. Civil War.

In the 16th century, raspberries began to show up in home gardens in Europe as the wild berry plants were brought in from woodlands. The use of the raspberry as a medicine continued to be common at this time. The 19th century saw 20 or more cultivars for red raspberries in England and the U.S. The first U.S. raspberries were brought from Europe in 1771 and sold in New York. After the American Civil War, commercial raspberry production began to increase.

Canada ranks second in world blueberry production, only behind the U.S., and seventh in world raspberry production. Only three per cent of raspberries are sold fresh – 97 per cent are processed into jams, jellies, drinks, canned, frozen, retail, wholesale packs, and bakery products.

Blueberries and raspberries top the list of some 40 fruits, juices, and vegetables in their antioxidant activity. Antioxidants have anti-aging effects because they are scavengers of free radicals, which are atoms that can damage cells and are believed to accelerate the progression of cancer, cardiovascular disease, and age-related diseases.

Blueberries are one of the few “true blue” foods. It receives its colour from the high levels of anthocyanin. Anthocyanin is a water-soluble pigment that can range from the colour blue to red. Pigmentation is at its height during the first six days of colourization, this symbolizes the berry’s early stage of maturity.

Blueberries and raspberries are low in calories, virtually fat-free, and a good source of fiber.

So enjoy fresh blueberries, raspberries, and other berries grown right here in Chatham-Kent. You can purchase and/or pick your own delicious and nutritious berries, all the way from Bothwell to Cedar Springs and many points in between. Make it an experience for your entire household; something they will never forget.

By doing this and other amazing things this summer, you will find out more about Chatham-Kent’s amazing world of agriculture.

The harvest has begun, so make sure you purchase and enjoy Chatham-Kent grown berries.

Think about this – Gratitude turns what we have into enough.

Remember that here in Chatham-Kent ‘WE GROW FOR THE WORLD’. Check out our community’s agricultural website at www.wegrowfortheworld.com