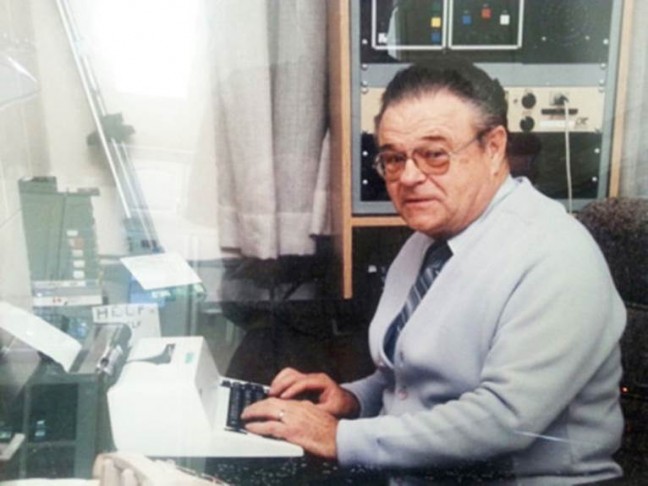 If you were raised on the farm, and if you are a certain age, and if I mention the name ‘Harold Smith’ to you, I am sure his name would create a lot of memories and smiles.

Harold Smith was the voice of agriculture in Kent County and beyond for many years.

Back then one of the only ways that grain merchants and farmers received farm news and commodity price information was to listen to Harold Smith’s Farm Market Report every weekday — morning, noon and night.

I have heard from many people that when they were children growing up on the farm and they came in for lunch, and if they started talking, their parents would say to them “Shhhh, Harold Smith”, which meant for the kids to be quiet because Harold Smith was on the radio. Many of those kids grew up thinking that his real name was “Shhhh Harold Smith.”

Harold Smith knew the business of farming. He was raised on the family farm in Dover Township, joined his father on the farm in 1943, and in 1958 took over the mixed farming operation.

He began as a part-time announcer at CFCO in 1943, introducing the weekly Sunday morning church services, and doing some obituaries and newscasts. He had enough interest in radio to apply for the job of Farm News Announcer in 1962, where he was hired on a trial basis. He wanted to give his listeners the most up-to-date and correct information, and as he told me, “as long as he told the truth”, which he did for an amazing 27 years.

Harold Smith understood agriculture and conducted many reports on what was happening to farming in one of Canada’s richest agricultural areas. Because of his expertise, he became a well sought-after speaker at thousands of farm meetings, and became a respected agricultural tour guide to many countries around the world.

He was passionate about the future of farming and young farmers, and had weekly programs of 4-H and Junior Farmer news in Kent, Essex and Lambton counties.

Harold Smith was awarded an Honorary Life Membership in the Ontario Institute of Agrologists, the Ontario Federation of Agriculture Meritorious Award, and in 1989 the Chatham and District Chamber of Commerce Agriculturalist of the Year Award. He was also inducted into the Kent Agricultural Hall of Fame in 1993.

Harold Smith is now 90 but remembers his days on the radio quite well. I’ve known him for many years and had the opportunity to speak with him a few times over the past month. He is still a humble man and really didn’t want me making a fuss about him. He is a true gentleman, a man of honour, a man with a great sense of humour, a man of his word, and a man who continues to trust in his Lord God.

Harold told me that probably not many people would remember him, but I told him that is not true. o I thought it would be a great idea if you do remember Harold Smith and wanted to send him a card, I know that would mean so much to him.

Think about this – Give God what is right and not what is left.