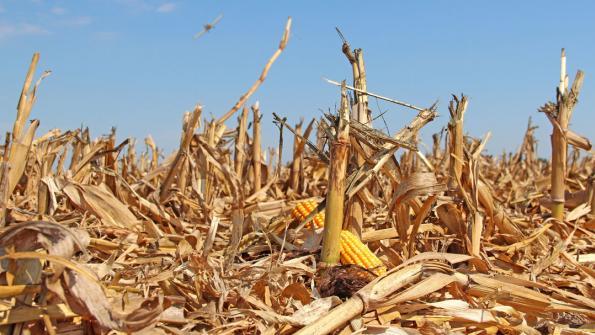 Along with scientists from Agriculture and Agri-Food Canada, the Ontario Ministry of Agriculture, Food and Rural Affairs (OMAFRA), and Western University, the Guelph researchers will study sugar corn varieties whose higher sucrose concentrations might make them more suitable for making ethanol.

The sugar comes from juices in corn stalks, similar to sugar from Brazilian sugar cane. Producers press the stalks to collect the juice, which is fermented into ethanol.

“Corn yielding sucrose is much better for ethanol production than conventional corn yielding starch,” he said.

“The yeast that produces ethanol cannot directly utilize starch, so we have to process the corn mechanically and, with heat and enzymes, break the starch down into fermentable sugars. These upstream processing steps are costly and, as a result, corn ethanol is significantly more expensive to produce than sugar cane ethanol.”

The researchers hope energy producers will be able to use sugar corn stalks and avoid higher processing costs.

“If we can grow corn that yields a lot of sucrose, we can skip the upstream processing steps because sucrose is directly fermentable,” said Gilroyed, who studies renewable energy production from agricultural byproducts.

“The other nice thing about using a corn variety to get sucrose is that growers are already experts at growing and managing corn, and would not need different equipment than what they already have.”

The researchers have begun testing the first sugar corn harvest.

“We will be testing it as a substrate for biogas methane production, both fresh and after being ensiled. We will also be looking to see if the silage could be used as a livestock feed, though that will be down the road,” said Gilroyed.

« Investing For The Future: Growing Forward 2 Funds Seed And Pesticide Bag Collection To Continue In 2016 »