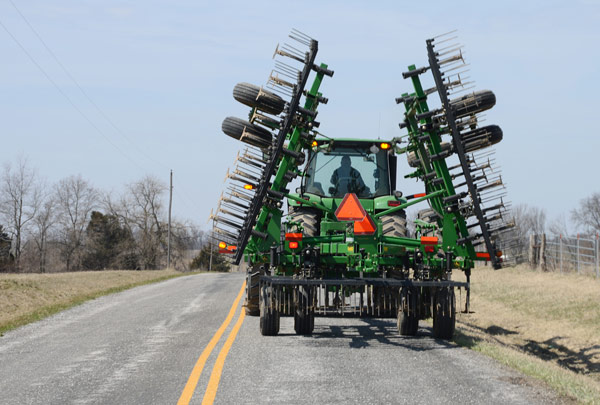 Agriculture continues to be one of the higher risk occupations even though farm injury and fatality rates are on a slow decline.

Statistics compiled by the Canadian Agricultural Safety Association (CASA) indicate 2,324 fatalities occurred between 1990 and 2012. This is based on information obtained from provincial coroners.

During the first 12 years of the surveillance period (1990 to 2001) there was an average of 116 agricultural fatalities per year. The number dropped to 85 fatalities annually between 2002 and 2012.

Almost half of all agricultural fatalities in Canada were due to three machine-related causes. Rollovers and runovers accounted for 20 per cent and 18 per cent of deaths, respectively. Entanglements represented an additional eight per cent.

Safety improvements are being made in the design of new farm equipment, which includes rollover protection and guards to reduce entanglement. However, the declining farm population also appears to be a significant reason for the reductions in fatalities and injuries. The farm population has dropped 42 per cent between 1990 and 2012.

The largest percentage of agricultural fatalities, 13 per cent, occurred in September. July and August were next at 12 per cent. The most common locations were fields (23 per cent), farmyards (17 per cent), roads (13 per cent) and barns (eight per cent).

The topic of farm fatalities involving children returned to the spotlight following a tragic accident in west-central Alberta on Oct. 13. Three sisters, between the ages of 11 and 13, died after being buried in canola seed.

It is a sensitive topic, but one that CASA says needs to be addressed. Norm Hall, president of the Agricultural Producers Association of Saskatchewan, says reducing farm fatalities is more than just keeping children away from equipment.

“What we need to do is train our kids, employees and families about the dangers around machinery, around grain and around livestock,” Hall says. “We just need to make sure that everyone knows the dangers associated with where they are going and what they are doing.”