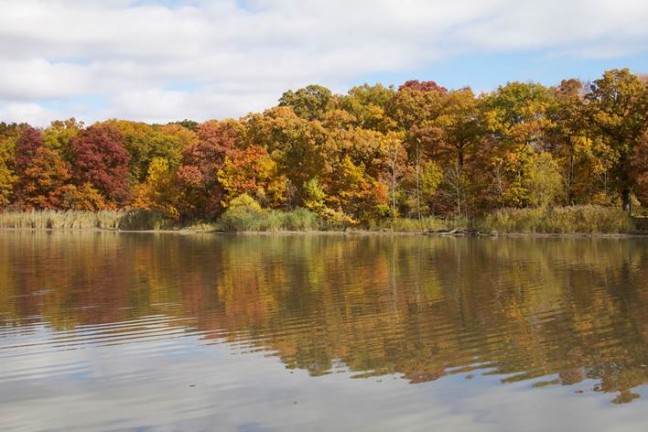 The Ontario government recently approved an Invasive Species Act, giving Royal Assent to this new legislation on November 3. The new act is intended to manage invasive plant species threatening Ontario’s ecological biodiversity. The Ontario Federation of Agriculture (OFA) supports the principle of the legislation but has concerns about how it will play out in the agricultural industry.

The new act will provide sound policy to guide prevention and control of invasive species in Ontario. OFA supports the principle of this new Invasive Species Act. We recognize the threat of species like phragmities, emerald ash borer, purple loosestrife and the Asian longhorn beetle. Invasive species threaten Ontario’s native plant and animal species, and as OFA noted in our submissions to government, also threaten agricultural crops and animals.

OFA represented the interests and concerns of Ontario farmers and OFA members through submitting feedback on legislation details and meeting with key ministry representatives. Although the Invasive Species Act has passed, OFA is continuing discussions with government on the specifics of the legislation will impact Ontario farm businesses. OFA’s list of concerns include:

An extra layer of red tape, the new Invasive Species Act introduces overlapping legislation, and will need to be integrated with the existing federal Plant Protection Act and provincial Weed Control Act.

The act’s classification terms are unclear. The new terms significant threat and moderate threat, are unclear. OFA suggests replacing them with the terms prohibited and regulated.

Bans against invasive species threats are not enforced consistently across the province. Bans on moderate threat invasive species are limited to provincial parks and conservation reserves. OFA recommends revising the legislation to expand this ban across Ontario.

On-farm biosecurity protocols need to be included in the new act.

Enforcement of the new legislation will be provided by the Ministry of Natural Resources and Forestry, but does not include any certification or training requirements.

Invasive species pose a threat to Ontario farms. This new legislation will help prevent and control the spread of plants and animals that can disrupt and damage our environment. OFA will continue to work to ensure this new act meets the needs and concerns of Ontario farmers.