Agriculture Is Getting Younger 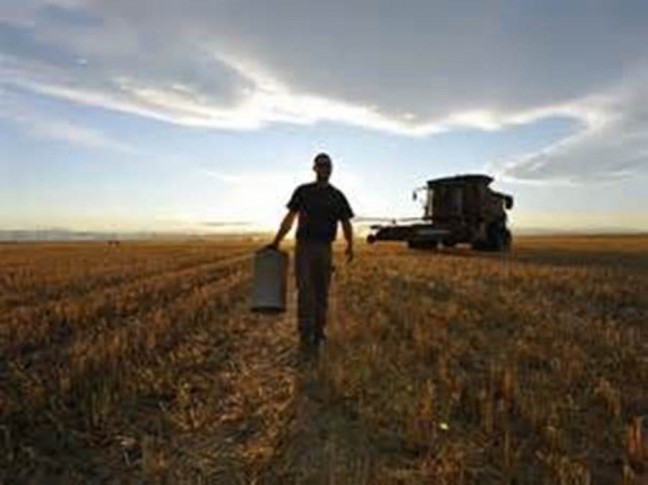 » Ag News » Agriculture Is Getting Younger

Agriculture Is Getting Younger

2015 is almost in the history books and looking back on all that has occurred I’m coming to the conclusion that agriculture is getting younger. Based on my travels across the province and in seeing what’s happening in the countryside and from speaking to farmers themselves there is good news at the end of a year that will be remembered as one of the best in crop yields.

Over the last few years there has been a lot of work done to engage young people in the agricultural industry in Ontario. The idea is to get them out with their peers and give them an opportunity to discuss issues important to them. The CFFO has devoted time and resources to the up and coming members of the industry. This past summer we hosted 3 young farmer’s events with good attendance. Other organizations are also hosting activities for this segment of the industry.

Many operations across the province are managed by several generations, making succession planning a big topic. Many realize that there will be a significant change in ownership occurring over the next ten to fifteen years. The multiple generations operating farm businesses are often not reflected in statistics which can be a little misleading. The senior member is often the owner and recorded as the farmer, which does not reflect that there may be a younger person or several younger people involved.

Earlier this month the CFFO held its Annual Convention and Banquet. Many more young farmers attended compared to only ten years ago. During the past year at many of our meetings, there were younger people in attendance, wanting to be involved in the discussion on agriculture, its success and relationship with its consumers.

Agriculture has been a successful industry as a whole for a good stretch of time which certainly draws people back to it. The increase in technology available for use on the farm adds attraction to the industry and so we see more people getting into food production, some on a small scale but others becoming part of larger businesses. All this is good for the industry.

With the Ontario premier’s challenge still out there we hope that more jobs will be created in the food industry and that more of the food produced in Ontario will be processed here before being exported. Last week the federal government presented the throne speech and immediately it was noted that agriculture was not mentioned. My take is that the industry is doing well enough that the government feels it needs little change and is not in need of major support. However our encouragement to the minister will be to enhance programs prioritizing support and attention for young and new farmers, giving them an opportunity within the industry.

As we head into the meeting season of 2016 we look forward to seeing many familiar people but also many new ones that are just beginning to be part of the industry and the CFFO. As always there is a lot to talk about when farmers get together.