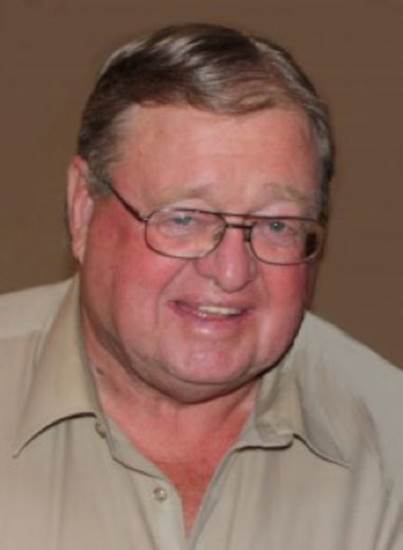 Any person or group celebrating 69 consecutive years of an annual event must have some great roots planted in the community. Chatham-Kent is such a community, which combines both the urban and rural components. Last week was the 69th annual Chatham-Kent Chamber of Commerce Rural Urban Dinner.

The idea of this event is to unite both our rural and urban communities. As we all know, Chatham-Kent has a rich blend of both, which is to our advantage in many ways. We live together, work together, go to school together, and attend church together. We really are a close community.

In the 1970s, it was decided to honour various individuals in a number of categories who have done a tremendous service in our agricultural sector.

This year’s recipient of the ‘Agriculturist of the Year’ was the late Ron Anderson. Ron’s passion was agriculture. He loved the outdoors, working with his animals, and working the land. Ron grew up in Dover Centre and lived on the family farm his entire life. He worked in cash crops, a farrow to hog operation, as well as operating a beef feedlot alongside his dad, brother, nephews and grandson. Ron worked in the agricultural sector and served on many agriculture committees and organizations, both rural and urban throughout his lifetime.

The ‘Agriculture Innovator of the Year’ was Truly Green Farms under the leadership of Greg Devries. The company had the vision of developing a state of the art greenhouse project that would be powered by the waste stream of carbon dioxide and waste heat from the neighbouring GreenField Specialty Alcohols plant. This collaborative effort is an example where innovation can flourish when a group of motivated people can work towards a common outcome.

The ‘Friend of Agriculture’ award went to Simon Crouch, who encourages further support of issues dealing with local food and agri-business matters through a weekly communication, providing a helpful role to many agricultural groups. Simon reaches out to raise awareness of the importance of agriculture, both as a social sector and as a vital part of the economic landscape and business community.

The top members from all the area 4-H clubs were Lauren McKerrall and Ryan McKerrall.

Lauren is an enthusiastic 4-H member who enjoys participating in all aspects of the 4-H program. She has completed a wide variety of agricultural and lifeskill projects in her 4-H career from field crop, rabbit, cooking, sewing and square dancing completing 19 clubs. She has taken on leadership roles such as president and secretary.

Ryan McKerrall has been active in 4-H for six years completing 28 clubs. He has completed a wide variety of agriculture and lifeskill projects including plowing, sugarbeet, field crop, sewing and cooking. Ryan has held many leadership roles such as president, vice-president and press reporter.

Agriculture is alive and very strong here in Chatham-Kent. Agriculture is a $3-billion plus sector and is our leading economic driver. Congratulations to these award winners, and along with so many other innovators in our community, continue to move agriculture forward. Whether you are a producer, a service provider to our producers, or a consumer of our agricultural products, we are all working on the same team to bring awareness to others of what agriculture means here in Chatham-Kent.

Think about this – What God wants most from you is a relationship with Him.