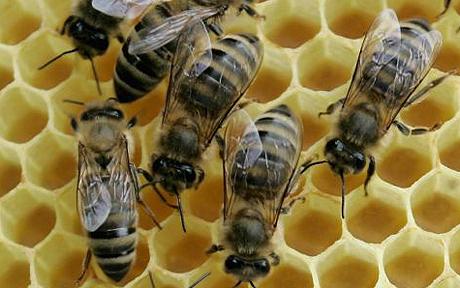 A preliminary report from the federal government indicates that seed treated with imidacloprid – a neonicotinoid pesticide – poses no potential risk to bees.

The summary, released by Health Canada’s Pest Management Regulatory Agency on Jan. 6, says “the residue levels in crop pollen and nectar resulting from seed treatment uses are typically below levels expected to pose a risk to bees at both the individual bee and colony levels.”

As for foliar applications, the potential risk varies with application timing but current label restrictions aid in minimizing risk.

A potential risk to bees was identified for some soil treatments, said the report.

Canadian and U.S. agencies have been reviewing the potential risk of neonics to pollinator populations. The study also includes clothianidin and thiamethoxam, which are more commonly used in corn and soybean production in Canada.

Since the agencies began the imidacloprid assessment about a year before the others, the review process is further along and the findings have been presented in preliminary documents.

The complete preliminary report is scheduled to be released on Jan. 18. The final report will be released in December.

As part of its re-evaluation, the PMRA has also conducted an assessment of the value of neonics.

“The majority of these benefits appeared to be realized in Ontario, and vary depending on the type of corn grown (in other words, grain, sweet, seed or forage).”

The economic value of neonicotinoid seed treatment to the soybean industry resulted in an estimated economic benefit of about 1.5% to 2.1% of the national farm gate value for 2013 (about $37.3 to 51 million).

This assessment included the economic impact from quality loss for Ontario soybeans as a result of downgrading IP/food grade seeds to crushing quality.

The value assessment is based on information provided by provincial governments, Canadian grower associations, professional agronomists, registrants and other stakeholders, as well as proprietary use information and published scientific journal articles.

It also considers published reports by the Conference Board of Canada, AgInfomatics and the USEPA (United States Environmental Protection Agency).

The report notes that “more real-world” information on typical pest population levels relative to economic thresholds is needed to fully assess the economic value of the seed treatments.

« Canada Gains Expanded Market Access For Beef And Pork To Ukraine Steel In The Field: A Farmer’s Guide To Weed Management Tools »