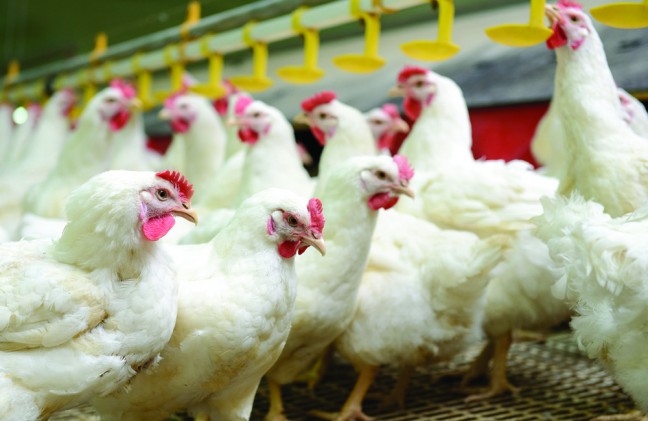 Another chapter in the world’s growing hunger for poultry has been recorded, thanks to increased global feed production dedicated solely to fowl.

The 2016 Alltech global feed survey shows feed production for poultry is the largest of any commodity, and growing faster than other species.

According to the survey, 46 per cent of the 995.5 million tonnes of feed produced globally is manufactured specifically for broilers, egg layers, turkeys, duck and other fowl. Poultry feed production is up five per cent from last year, and is continuing to drive the industry towards the one-billion tonne milestone.

The Alltech survey, generally regarded as the world’s broadest overview of the feed industry, assessed feed production from 131 countries and 32,300 feed mills. Overall, its total global feed production estimate is up 1.5 per cent over last year.

Standings among the top 11 feed-producing nations remain unchanged from 2015. Alltech estimates Canada, with 20.35 million tonnes of production (the same figure as 2015), will be the world’s 11th largest feed producer. Canada will fit in just behind France with 21.20 million tonnes, and ahead of Korea (18.95 million tonnes), according to the company.

The biggest tonnage change in this year’s survey was in India, where production was up seven per cent over last year, rising to 31.54 million tonnes.

Another change – a two per cent drop in production – was with the world’s largest feed producer, China, which is consolidating production in a smaller number of more efficient feed mills.

The number of feed mills in the United States and Brazil, the second and third largest markets, also declined.