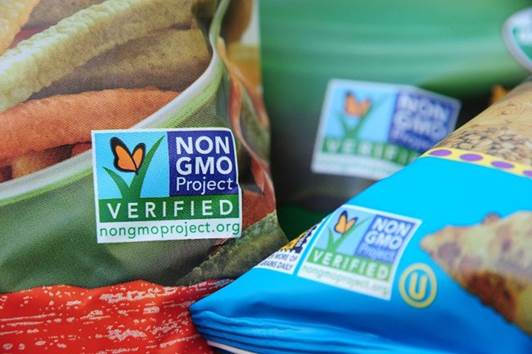 » Kim Cooper » There’s a Lot Of Misinformation Out...

What do you know about GMOs? There has been much discussion over the years, both for and against, on GMOs, which are genetically modified organisms. The article below was written by Wanda Patsche, who farms with her husband in southern Minnesota. This is a well written article on just what GMO’s are and aren’t. This week is the first part of a two-part series.

GMOs are not a food. GMOs are a breeding technology. Sometimes when I talk with people about GMOs, I get the feeling they really don’t know what GMOs are. So let’s start with these three fast facts:

So exactly what is GMO? Our food has been genetically modified for thousands of years. GMO technology allows us to be more precise in the genetic modifications. According to a Popular Science article – “Scientists extract a bit of DNA from an organism, modify or make copies of it, and incorporate it into the genome of the same species or a second one. They do this by either using bacteria to deliver the new genetic material, or by shooting tiny DNA-coated metal pellets into plant cells with a gene gun. While scientists can’t control exactly where the foreign DNA will land, they can repeat the experiment until they get a genome with the right information in the right place. That process allows for greater precision. With GMOs, we know the genetic information we are using, we know where it goes in the genome, and we can see if it is near an allergen or a toxin.”

Yes, farmers have relied on Round Up (glyphosate) for quite a few years because it was so effective, low cost and much safer than other pesticides. But as weeds do, they are becoming resistant to Round Up. The solution? Farmers have been slacking. They need to continually change their weed plan, using several methods including crop rotation and other pesticide control measure, to combat weed pressures in their fields.

The medical community also uses GMO’s. Perhaps the most popular is insulin, which is used by millions every single day. Another medical use of genetic engineering is drug treatments for cancer, Alzheimer’s and cystic fibrosis. Our world is much better because of these medical treatments – all which are genetically modified organisms. And another common misconception – GMO’s do not cause autism. Millions are alive today as the direct result of GMO technology.

GMO’s do happen in nature. The sweet potato was modified, in nature, some 8,000 years ago. Soil bacteria entered the plant and modified the sweet potato plant. Jan Kreuze, who is a potato researcher from France says, “People have been eating foods, as the result of GMO technology, for thousands of years without knowing it.”

Europe is importing feed/food that has used the GMO technology. One issue that is constantly brought up by consumers is Europe has banned GMOs. And then it is always followed up with, “why doesn’t the U.S. do the same?” The reality is Europe never banned GMOs (only two countries have outright banned GMOs), but rather, had not approved them. The EU has now authorized the importation of 17 GMO’s for food/feed uses.”

Next week, we will look at the rest of this article regarding GMO’s.

Think about this – Make Jesus your first option when the storms of life threaten you.