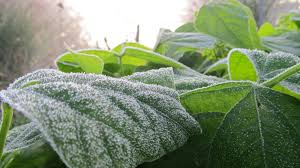 Frost events have been increasing in recent years and growers of a wide range of crops have been implementing different frost mitigation measures to protect their crops. For some frost mitigation strategies, reliable forecasts beyond the same day are not as necessary, since they can be implemented on a moment’s notice (e.g. wind machines and irrigation). For other strategies such as row covers or deciding when to transplant tender annuals, it is important to have a reliable forecast a few days in advance. For example, for ginseng, it can take up to two days to put row cover over the crop.

As a result, we compared 5 forecasting sites over a month from early April to early May to see how accurate they were for the Simcoe (Norfolk County) area. Forecasts were determined for Simcoe, and the forecasts were compared to a weather station at the Simcoe Research Station approximately 2 km from Simcoe.  It should be noted that this was not a scientific study and was done for only a relatively small amount of time. April is a highly variable month and forecasts would be less reliable at this time of year compared to later in the summer. The Simcoe Research Station weather station, while following many the rules for weather monitoring, is not an official Environment Canada station, so there may be some deviation from exact temperatures. This study is meant to provide only a relative comparison between the five sites.

First of all, here is a comparison of the sites and the information provided by each. Smart phones, radio station and website weather forecasts will usually be based on one of these forecasts.

Weather Underground: Provides 10 days of hourly temperature, wind speed, cloud cover, conditions, rainfall, dew point and humidity forecasts (click on “Table” and then the day you want to view for the details).

Accuweather: Most of the same information as Weather Underground but hourly forecasts beyond three days require a subscription. Daily high and low temperature forecasts extend to 90 days (read further for comments about long-range forecasts).

A perfect forecast should have low skew and low standard deviation. The next best thing would be a site with high skew but low standard deviation. This is because this would represent a site that is consistently higher or lower than the actual temperature. If you know a site is always 3 degrees higher than it should be, then it is easy enough to correct for that difference.

When I looked at only those nights with clear skies and calm winds, which are the important nights for predicting frost events, Environment Canada had both the lowest skew and the lowest standard deviation. Even this forecast though, had a standard deviation of 2oC over the one to four day forecast periods and was skewed 2oC warm, which is probably closer to 1oC when you factor in the lower height of the thermometer in Simcoe. So if the forecast low is -1oC, the actual low will on average be about -2oC but between 0oC and -4oC 50% of the time. Some of this variability is probably due to a few forecasts that predicted cloud cover at night when it was actually clear. So in reality, the variability on nights that are known to be clear many days in advance would probably be a lot lower.

Forecasts for the Simcoe area may have higher variability than other locations in Ontario. This is because Norfolk County has very sandy soils that heat faster during the day and cool faster at night than other soils that retain more moisture. This would be especially true in the spring when most fields are bare. Weather models used for forecasting, probably do not account for these local microclimates very well.

All of the sites begin to become very unreliable beyond the 5 or 6 day forecasts. Examining forecasts beyond this period is not useful.

So what is the best site to use? Based on the variability in the forecasts, it is best to look at several forecasts and err on the side of caution. Keep in mind that beyond the variability in the forecasts discussed above, there can be significant local differences in actual temperatures within a small area. Five weather monitoring stations within 5 km of Simcoe over this same period ranged up to 3oC on some of the calm clear nights in the monitoring period.

So what is the best strategy for growers to use when trying to forecast frost events?