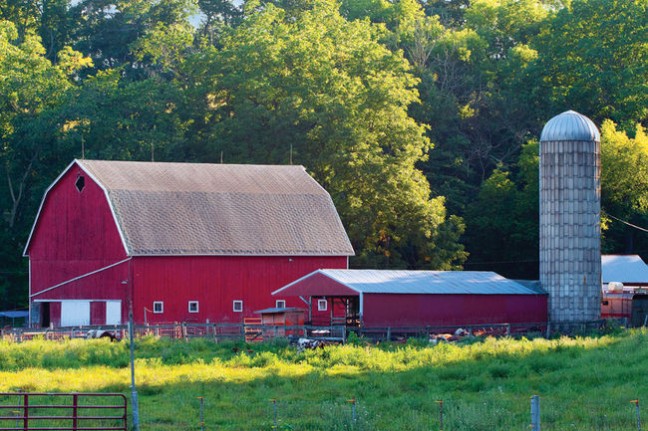 I remember my surprise when I heard at a conference on food that you can see most of Ontario’s best farmland from the top of the CN Tower. Certainly our valuable farmland extends beyond the Greater Golden Horseshoe region, but much of our productive farmland is within this region, including two provincially significant specialty crop areas, the Holland Marsh and the Niagara Tender Fruit Lands. Protecting this farmland and a viable agricultural sector working that land continues to be a challenge in the face of development pressure, especially in and around the Greater Golden Horseshoe.

In 2015 the government initiated a coordinated review of the Four Land Use Plans, namely the Growth Plan for the Greater Golden Horseshoe, The Greenbelt Plan, the Oak Ridges Moraine Conservation Plan and the Niagara Escarpment Plan. Urban settlement in this region continues to expand, and aggregate resources for this development need to be sourced locally as much as possible. However, all of this is also taking place in an area of the province with significant prime and specialty agricultural land, as well as key natural features and sensitive ecological areas. Balancing and directing growth while protecting these resources is the aim of the Four Land Use Plans that are currently under review.

The Ontario government commissioned David Crombie to lead an Advisory Panel examining and consulting on the Four Plans. Late in 2015 the Crombie Report entitled “Planning for Health, Prosperity and Growth in the Greater Golden Horseshoe: 2015-2041,” was released. According to this report, “the Province has forecast that the number of people living in the Greater Golden Horseshoe will grow from the current population of about nine million people to about 13.5 million by 2041.” It also notes that, “between 1971 and 2006 the region’s urban footprint more than doubled.” This demonstrates that without careful planning, the population pressure in this area is putting significant farmland acreage at risk.

It was encouraging to hear Minister McMeekin emphasize the importance of the Agri-Food industry for the province. Strengthening support for agriculture is one of the six key focus areas in the proposed changes to the Four Plans. While this is the case, we should not assume that all stakeholders equally recognize the need to protect both our agricultural land base or the infrastructure that supports viable agricultural production.

The report by Yi Wang and Glenn Fox from the Fraser Institute, suggesting that land use should be determined by the market, and that we have increasing rather than decreasing cropland in the province voices a view doubtless shared by others. A key flaw in their argument is their focus on what they define as “cropland,” to the exclusion of more broadly defined “agricultural land,” thus excluding other agricultural production including pasture, cover crops and maple syrup production. The report does concede that farmland in Ontario is in decline.

CFFO will be consulting with members, and welcomes comments over the summer as we prepare our response to the government’s proposed changes. We will continue to voice the importance of protecting and promoting a viable agricultural sector in this region.