Round The County Agri Tour –Takes A Year Off 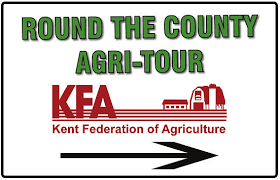 Round The County Agri Tour –Takes A Year Off

Calling it a tough decision, organizers of the Round the County Agri-tour in Chatham-Kent have decided to forego the event for 2016.

The Kent Federation of Agriculture said the postponement was due to other agriculture events being held at the same time and the additional resources and commitments required by the local federation.

The committee hopes to reinstate the educational tour or a similar event for 2017.

The Round the County Agri-tour has been an annual event since 1998.

The Kent Federation would like to thank all the previous hosts, sponsors and participants for the success of the event over the past 18 years and sincerely hopes to have it up and going again for 2017.