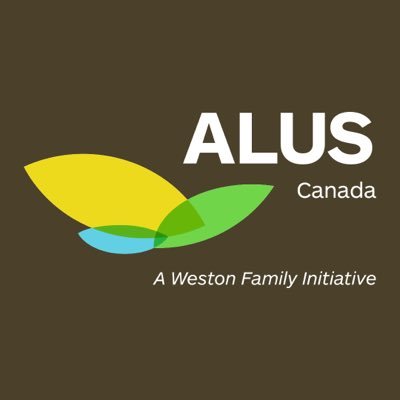 More than 100 people gathered at the Edmonton Corn Maze on July 28 to celebrate the official re-launch of ALUS Canada, a national program that funds farmers and ranchers producing clean air, clean water, pollinator habitat and other ecosystem services.

The ALUS program has announced its re-launch as ALUS Canada, an independent not-for-profit organization supported by The W. Garfield Weston Foundation.

Gilvesy unveiled the organization’s new branding and a preview of its new website, alus.ca.

Prominently displayed at the podium was a green Alberta Emerald Award trophy, recognizing ALUS’ benefits for the people of Alberta. The Shared Footprint award is sponsored by the Alberta Real Estate Foundation.

ALUS is rapidly expanding. There are now 20 ALUS communities in six provinces. And with its Quebec launch on August 10, ALUS Canada is becoming bilingual and truly national.

At the Edmonton Corn Maze, guests toured the ALUS project on site, an “eco-buffer” producing habitat for pollinators, birds and beneficial insects, and absorbing nutrients and sediment from the corn field in order to improve water quality in nearby Wedgewood Creek.