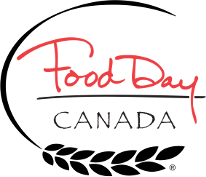 There is a significant difference between foods that are cultivated in Canada and those processed in this country. Anita Stewart, the University of Guelph’s Food Laureate and founder of Food Day Canada, was inspired to make that difference clear – it’s the Made in Canada label that fans of Canadian cuisine want to see.

For the 2016 edition of Food Day Canada on Saturday, July 30, Stewart will launch a free online grocery list of 149 Canadian-produced ingredients, one to commemorate each of the country’s 149 years of existence.

“For years, I’ve cajoled and coached people to cook like a Canadian, now it’s time to shop like a Canadian,” Stewart said of her homage to Canada’s producers, which features ingredients directly from U of G. “This list is a start to knowing where your food comes from and how to find it so you can celebrate every last tasty morsel grown in Canada. After all, Canada is food and the world is richer for it.”

The University of Guelph is represented with OAC Garroy peanuts and Summer Blossom honey from the Honey Bee Research Centre on campus.

“OAC Garroy peanuts are the best I’ve ever tasted,” says Stewart. “Peanuts often taste earthy and stale – because they are. Garroy are as fresh as you can possibly get. I’ve taken them with me to events from Toronto to New York City.

“And the Guelph honey has traveled alongside them. Not only is the U of G a hub of pollination research, the beekeeping program dates back to the late 1800s.”U-of-G-Honey

Food Day Canada has also partnered with more than 250 restaurants to honour the country’s foods.

“Our Food Day Canada chefs understand that local ingredients are fundamental to our dynamic food culture,” said Stewart. “They are Canada’s real brand advocates. On Saturday, July 30, they will be creating their own hyper-local menus, with ingredients often so specific to their region that they cannot be replicated even a few dozen miles away.”

Stewart encourages all Canadians to share local food stories and menus. On July 26, from 8:30 pm to 9:30 pm EDT, join the Food Day Canada Twitter Party to discuss Canadian-grown foods you love and ingredients that didn’t appear on the list, using the hashtags #FoodDayCanada or #CanadaISfood. On July 30, share your food stories at FoodDayCanada.ca and tag food images on Facebook, Twitter or Instagram with #FoodDayCanada or #CanadaISfood.

“The harvest is in, and the abundance of the Canadian culinary landscape is evident everywhere,” Stewart said.