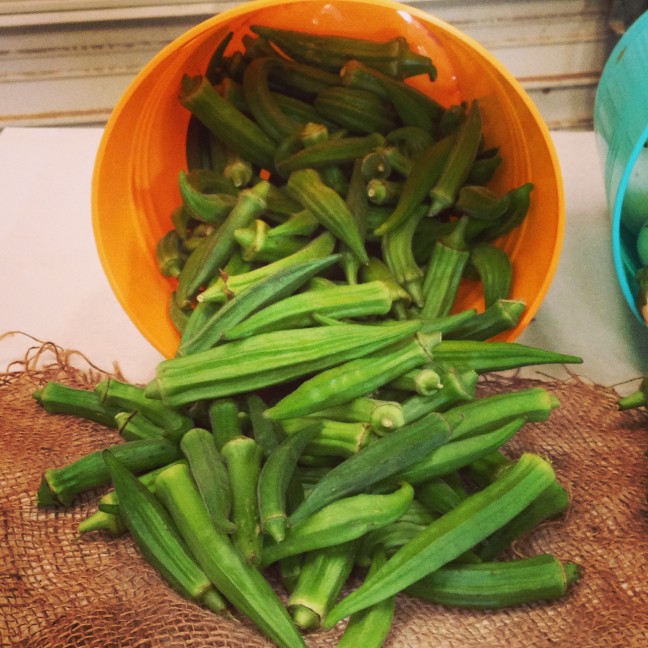 It’s no secret that there’s a growing ethnic population of Canadians who have preferences for foods from their home countries. That fact brings with it unique opportunities for farmers to produce crops that haven’t traditionally been grown locally.

Okra is one such crop.

Over six million kilograms of okra is imported into Canada every year and the demand climbs annually. India is the top producer of the world’s okra, growing more than 70 per cent of the global crop. Other big producers are Nigeria, Sudan, Iraq and Pakistan.

The United States is the 20th largest producer, accounting for only 0.1 per cent of the world’s production. In the U.S, okra is grown in southern states like Florida, Texas and Louisiana, where the vegetable is used in the popular gumbo dish. It’s a subtropical crop that thrives in a hot and dry environment, so Canada hasn’t always been the most logical place for production.

Dr. Viliam Zvalo is a research scientist in the area of vegetable production at Vineland Research and Innovation Centre (Vineland). A native of Slovakia, he joined the team in 2014 with a mandate to investigate opportunities for world crop production for Canadian farmers.

The biggest challenges in growing okra in Canada are the shorter growing season and the labour requirements. During the harvest season, plants need to be harvested daily to give the immature pods time and space to grow, which requires a big staffing commitment.

To help boost the crop’s potential and maximize growing time, seeds are started in greenhouses and then transplanted into fields covered in black plastic mulch to increase heat to the plants. Spacing of the plants is critical – the further apart, the higher their yields.

To date, crop trials have shown that three particular varieties – Lucky Green, Elisa and Jambalaya – do the best in Canada.

Last year, 22 farmers grew small trials across Canada from Nova Scotia to British Columbia and have had similar results in all areas. This year the number will increase to about 30 growers.

Growers, researchers and retailers are all optimistic about the results to date and the work is garnering international attention.

Recently, an Indian company contacted Zvalo to see about providing seeds from a late season variety for Vineland to test in Canada.

“Attention like this will help us continue to look for better varieties,” Zvalo noted.

“Okra’s an interesting crop. It can be quite finicky but there’s great potential,” Zvalo said.

He concluded, “It’s a matter of finding the right varieties, the right location and the right buyers.”

The project is funded in part through Growing Forward 2 (GF2), a federal-provincial-territorial initiative. The Agricultural Adaptation Council assists in the delivery of GF2 in Ontario.