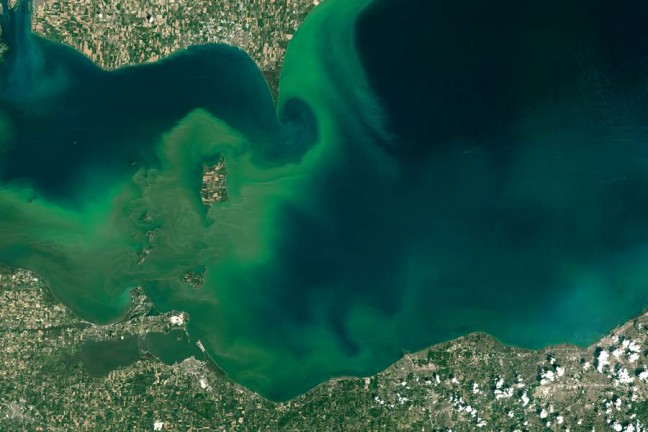 Phosphorus in Lake Erie poses a significant risk to us all. High levels of phosphorus result in toxic algae blooms which contaminate our drinking water and largely affect recreational practices along with fishing industries. In 2014 many people experienced drinking water advisories because of algae blooms and in 2015 Lake Erie recorded its largest algae bloom in history.

The risks are high, but there is much we can do and some have already taken steps to help alleviate the problem. Christian Farmers is working with industry partners in Ontario who have initiated the 4R Ontario Designated Acres Pilot Program. The 4Rs are a way of summarizing a nutrient stewardship plan. They refer to using the Right Source of nutrients at the Right Rate and Right Time in the Right Place. By focusing on these 4Rs we believe we can limit the nutrient run off into Lake Erie.

Over the summer I had the opportunity to tour many different farms in south western Ontario, and I was encouraged to see that many of these farmers were taking the initiative to better manage their land nutrient levels. By being conscientious in their efforts to plant cover crops and reduce tillage, these farmers were in some areas far ahead of the government’s goals to reduce nutrient run-off. I was very impressed by the new technology used to inject manure right into the base of growing plants so nutrients would be absorbed immediately, giving little opportunity for run-off. And just as new technology has played a part so has reintroducing some older practices. By planting cover crops and keeping living matter on top of the soil as much as possible, nutrients are stored in a living plant rather than in the soil where it could be lost into passing water ways.

I am very grateful to all those farmers who have taken the risk and tried new methods of reducing nutrient loss. Many of them have invested significant money in new technology in the hopes of improving the health of the Great Lakes, as well as lowering the cost of commercial fertilizers for their land. This investment of time and money has helped open the door for farmers such as myself to try new methods of better nutrient management.

As we continue forward in our goal to reduce algae blooms in Lake Erie, it is important to remember that we all play a part. In the book of Ecclesiastes 4:9 it states that “Two are better than one, because they have a good reward for their toil.” (ESV) As we continue to work more and more together on this problem of nutrient run-off, I believe we will begin to witness more and more of a reward for our toil.