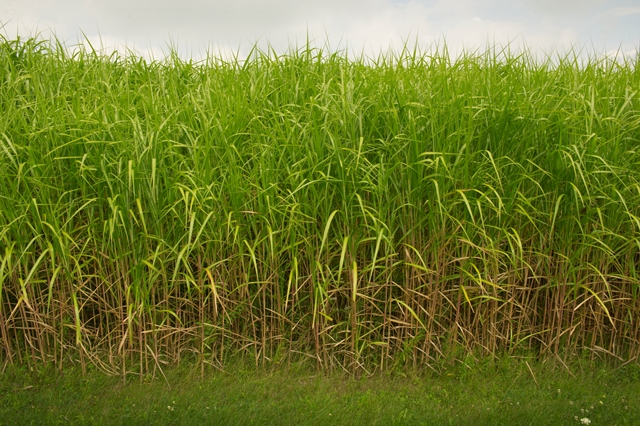 Black plastic gets its colour from carbon black, a co-product of oil refining that is both non-renewable and deemed a possible human carcinogen by the International Agency on Research on Cancer.

There has been no alternative until now, with Competitive Green Technologies’ development of BIOBLAKR®, a bio-carbon using patent-pending technology invented at the University of Guelph’s Bioproducts Discovery and Development Centre.

“Using raw materials such as biomass crops like switchgrass and miscanthus, co-products of food processing and under-valued streams of agriculture like soy and rice hulls, we’ve commercialized this new carbon made entirely from a bio-source,” explains Atul Bali, CEO of Competitive Green Technologies.

A key application for bio-carbon is as a filler and reinforcement agent in making lighter, high-stiffness car parts without compromising safety. This is important if automakers are to meet the new fleet vehicle average fuel economy standard set by the Centre for Automotive Fuel Economy in the U.S. of 54.5 miles per gallon (4.32 litres/100 kilometres) by 2025. The most fuel efficient vehicle is currently at 36.5 mpg (6.44 l/100 km).

“One way to meet the fuel economy standard is to reduce the weight of cars. Bio-carbon is a very interesting filler for base polymers to acquire both high impact hardness and flexibility needed for safety while reducing the weight of the material,” explains Mike Tiessen, President of Competitive Green Technologies.

There are food grade and farming uses too. Competitive Green Technologies is working with a company in Brampton to develop a black stir stick using BIOBLAKR®, and they’re also about to launch a compostable black bio-carbon mulch film for farmers that turns into a non-toxic soil nutrient when composted. Vegetable growers currently use sheets of black polyethylene film to protect seedlings from UV penetration.

Tiessen, also a tomato grower, first started using miscanthus as an energy source to heat his greenhouses but has found new ways to drive value from the energy crop.

“Using miscanthus as a heat source is in the $50 a ton range, whereas using miscanthus as a filler for polymers can bring $150-200 and as bio-carbon pigment $300 a ton,” he explains.
“We need three pounds of source materials for one pound of BIOBLAKR® so the impact to the farmer can be immediately substantial,” he adds. “North America used 11.6 million tons of carbon black last year, so the market potential is significant.”

This project was funded in part through Growing Forward 2, a federal-provincial-territorial initiative.