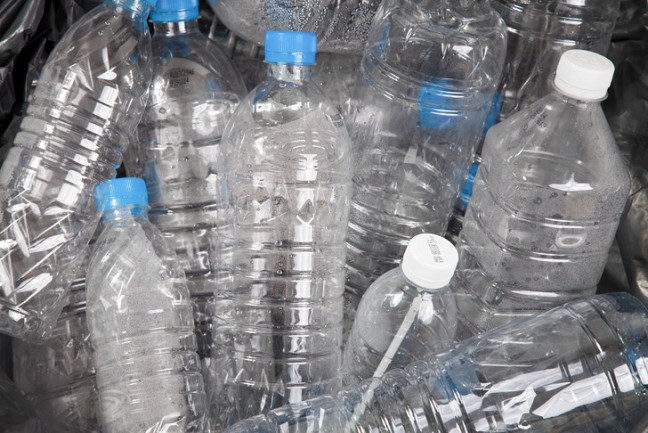 In a joint letter, Environmental Defence and the Ontario Federation of Agriculture say a deposit return program would boost recycling rates and generate funds to help protect the Great Lakes from threats like algal blooms.

Environmental Defence and the Ontario Federation of Agriculture — with support from 23 other environmental and agricultural groups — have submitted a joint letter asking the Ontario government to protect freshwater by putting a deposit on single-use beverage containers, like plastic water bottles.

“Every year in Ontario, one billion plastic bottles end up in landfills or our environment,” said Ashley Wallis, Water Program Manager with Environmental Defence. “We need to turn this plastic tide. The Blue Box program isn’t working well enough. And deposit return programs, like what the province already has for wine and beer bottles, are a proven way to increase recycling rates.”

Plastic pollution is a growing problem in the Great Lakes, which provide drinking water for millions of Canadians and support a quarter of the country’s farms. Currently, about 80 per cent of litter in the lakes is plastic. Ontario also has the lowest collection rate for plastic beverage containers in Canada, at 47 per cent. In comparison, Canadian jurisdictions with deposit return programs collect up to 95 per cent of their bottles.

The joint letter states, in addition to boosting recycling rates, a deposit return program could generate an estimated $100 million annually to help protect the Great Lakes from threats such as harmful algal blooms. Lake Erie, in particular, has been plagued by a number of large and sometimes toxic algal blooms in recent years. The lake had its largest bloom ever recorded in 2015. It was so big that it could be seen from space.

Ontario has committed to reducing run-off pollution — a key factor behind the blooms — in the lake by 40 per cent. But it needs to put some dollars behind that commitment. The groups say that a deposit return program would help the province achieve this target by funding programs that help farmers maintain and enhance agricultural lands, and reduce nutrient loss.

“Ontario farmers take our environment and its sustainability seriously. We are already taking measures and conducting research to reduce algal blooms,” said Keith Currie, President of the Ontario Federation of Agriculture. “A bottle levy could help farmers fund and adopt innovative ways to ensure the Great Lakes thrive in the future, while keeping plastic out of our waterways and landfills.”

Algal blooms are a serious threat to public health, wildlife, and local economies. In 2014, Pelee Island residents and 500,000 Toledo, OH residents were left without access to safe tap water for days, due to algal blooms on Lake Erie. If action isn’t taken to tackle the problem, it is estimated that the economy of southwestern Ontario could see a loss of $5.8 billion during the next 30 years.

« How Sensitive Is Your Crop To Dicamba And 2,4-D? COMING SOON: A NEW ONLINE TOOL TO CALCULATE OPTIMUM NITROGEN FOR CORN »