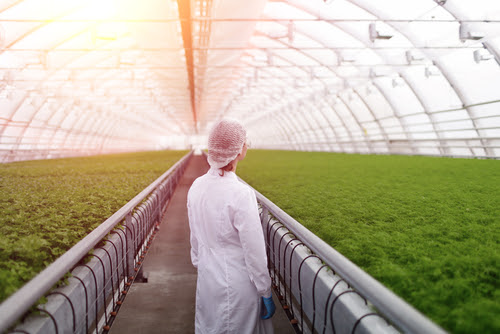 The Minister of Labour, Kevin Flynn recently released the Changing Workplaces Review. The review was commissioned in early 2015 by the Minister of Labour, who tasked a group of Special Advisors to determine what changes, if any, should be made to labour legislation in light of the changing nature of the workforce, the workplace, and the economy itself. Consideration was to be given to globalization, trade liberalization, technological change, and changes in the nature of standard employment relationships.

The Ontario Federation of Agriculture (OFA) has worked with many partners to ensure the interests and concerns of the farming and food sectors were represented and clearly understandable to the Special Advisors.

Several of the ministry’s 173 recommendations affect farm employers and farm workers. We are awaiting the government’s response to these recommendations to determine how they intend to proceed. Along with many other agriculture and business groups, OFA has called on the government to subject the proposed reforms to an economic impact analysis. This analysis should have clear thresholds, and the reforms implemented should only be those that pass a transparent assessment process.

OFA is reviewing the recommendations specific to agricultural employees and will be addressing concerns with the Ministry of Labour. We have already flagged recommendation 132 that suggests agricultural and horticultural employees should be included in the Labour Relations Act and be given the same rights and protections as other employees, including the right to strike. The review suggests that labour strikes could impose significant hardship on some, but not all, agricultural enterprises. The review states that strikes by agricultural workers, “could have a profound adverse impact on planting, growing and harvesting, on animal health and safety, on bio-security and on perishable products.” OFA agrees with this statement in the review and believes that all farms share these characteristics at some point across the seasons.

This concern over the ability for agricultural employees to strike was recognized and defended by the Ontario government when the Agricultural Employees Protection Act was challenged at the Supreme Court. The Agricultural Employees Protection Act mirrors the Labour Relations Act while recognizing the unique circumstances of agricultural production, while protecting the interests of employees. The Attorney General of Ontario was a partner in defending this legislation at the Supreme Court.

The Changing Workplaces Review fails to recognize the Agricultural Employees Protection Act, and appears to reinvent the wheel with new exceptions to the Labour Relations Act. This is unnecessary. The Supreme Court has already supported this legislation, clearly stating agricultural employees should not have the right to strike.

Farm employment also requires recognized exemptions to the Employment Standards Act. Regulations need to maintain a flexible approach to human resources management in the context of uncertain agricultural production. OFA believes we can entertain options for reducing uncertainty and vulnerability of our workers, farm businesses and employers compete for workers like any other business. We know that we need to keep our workplaces safe and equitable for those that choose to work in our sector.

A review of labour legislation is important, but the government must subject each and every proposed reform in the Changing Workplaces Review to an economic impact analysis. Agriculture relies on a skilled workforce. And any changes that make labour unaffordable will cause a shift away from labour intensive crops grown in our province. The impact could lead to less employment and a reduction in Ontario’s production of fruits and vegetables, for example. Agriculture employment has been recognized in law as requiring unique considerations. These must be sustained.