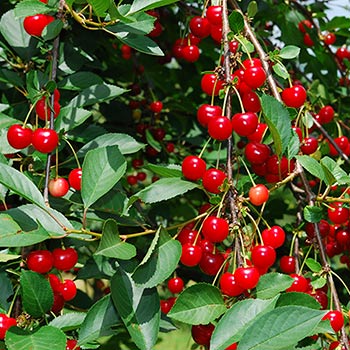 Why do the best fruits seem to have the shortest shelf life? It’s a challenge that plagues fresh fruit markets around the world, and has real implications for consumers and fruit growers.

Now, new research from University of Guelph has led to the development of a product that extends the shelf life of fresh fruits by days and even weeks, and it is showing promise in food insecure regions around the world.

“In people and in fruit, skin shrinks with age — it’s part of the life cycle, as the membranes start losing their tightness,” said Jay Subramanian, Professor of Tree Fruit Breeding and Biotechnology at the University of Guelph, who works from the Vineland research station. “Now we know the enzymes responsible for that process can be slowed.”

The secret, according to Subramanian, is in hexanal, a compound that is naturally produced by every plant in the world. His lab has developed a formulation that includes a higher concentration of hexanal to keep fruit fresh for longer.

Subramanian’s research team began experimenting with applying their formula to sweet cherry and peaches in the Niagara region. They found they were able to extend the shelf life of both fruits and spraying the formula directly on the plant prior to harvest worked as well as using it as a dip for newly harvested fruit.

“Even one day makes a huge difference for some crops,” Subramanian said. “In other fruits like mango or banana you can extend it much longer.”

Once the formula is available on the market, Subramanian sees applications on fruit farms across Ontario, including U-pick operations, where an extended season would be beneficial. But the opportunities could also make a significant impact on fruit markets around the world.

Subramanian’s research team was one of only 19 projects worldwide awarded an exclusive research grant from the Canadian International Food Security Research Fund, a program governed by the International Development Research Centre and funded through Global Affairs Canada.

The team used the funding to collaborate with colleagues in India and Sri Lanka on mango and banana production. Mangos are one of the top five most-produced fruits in the world, with 80 per cent of the production coming from South Asia. After more than three years, researchers learned that by spraying the formula on mangos before harvest, they were able to delay ripening by up to three weeks.

“A farmer can spray half of his farm with this formulation and harvest it two or three weeks after the first part of the crop has gone to market,” Subramanian said.

The formula has been licensed to a company that is completing regulatory applications and is expected to reach the commercial market within three years.