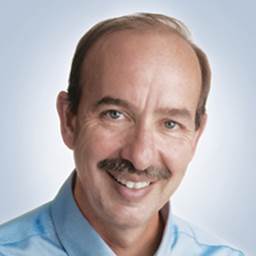 Congratulations to Chatham-Kent’s Stephen Denys for being honoured at the Canadian Seed Trade Association Annual Meeting.  Way to go Steve!

Halifax, Nova Scotia – The Canadian Seed Trade Association (CSTA) announced its award honourees at the 94th Annual Meeting held in Halifax, Nova Scotia.  Stephen Denys, Director of Business Management with Maizex Seeds was honoured with the CSTA Seed Achievement Award.  The award recognizes and honours significant contributions to the Canadian seed industry.  Denys was honoured for his role in several CSTA strategic initiatives and for his efforts in advocating for the seed industry and modern agriculture.
Denys was elected to the CSTA Board of Directors in 2007 after contributions to committees including the Corn, Soybean and Eastern Cereals Committee and by Board appointment to the CSTA External Relations Work Group, which he chaired for three years.   Stephen joined the CSTA Executive in 2011 and was the CSTA’s 61st President in 2013.  Stephen also represented the CSTA on the Board of Directors of the American Seed Trade Association.
His involvement included work on several initiatives including the CSTA careers, Campus Ambassador, and Future Influencers program which are all designed to attract students into agriculture and the seed industry.  He has and continues to speak to youth groups, high schools and universities about the tremendous career opportunities available in agriculture.
As President of the CSTA, Stephen actively promoted value chain cooperation, co-chairing the initial conference that led to Partners in Innovation. His efforts were meant to ensure that Canadian farmers like him had continued access to new globally competitive genetics that could improve yield, agronomic performance and profitability on the farm.  Denys was also an early leader in the work to develop coexistence plans used to facilitate farmer use of their production system of choice, co-chairing the first coexistence planning session which resulted in a coexistence plan for alfalfa hay in Eastern Canada.
More recently, Stephen has and continues to be an industry leading advocate for the use of agricultural technology including seed treatments, crop protection products and genetics that increase productivity and help to reduce agriculture’s environmental footprint.   He has represented the seed sector and Ontario farmers on numerous working groups and committees to educate government and other officials on the use of seed treatments and to develop and implement best management practices for the use of these technologies by producers.
To promote farmer advocacy, Denys with his Maizex colleagues also launched a new initiative in the social license area.  “Be Rooted. Be Involved.” draws together information and ideas to help farmers engage non-farmers in conversations about the benefits of technology use for farmers, the environment and our food supply.