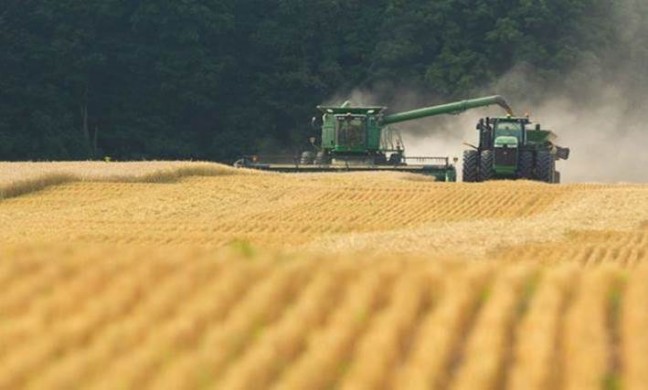 Soybean production in Canada is estimated to reach a record 8.3 million tonnes in 2017, according to Statistics Canada’s model-based principal field crop estimates. Canola production is also estimated to reach a record, at 19.7 million tonnes. Stats Can says current oilseed prices and profitability have encouraged Canadian farmers to plant record acreage for both of these crops.

Total wheat production in Canada is estimated to be 27.1 million tonnes in 2017, a decline of 14.5% from 2016. The decline in production is attributed to lower yields in spring wheat, durum wheat and winter wheat compared with last year. The decline in yield, most notably in Western Canada, was due to the very dry conditions in the south central region of the Prairies where precipitation during the growing season was significantly lower than the average.

Durum wheat production at the national level is expected to be 4.3 million tonnes in 2017, down 44.6% from 2016. This decrease is due to a 12.9% reduction in harvested acreage. As well, very dry conditions in the south central region of the Prairies are expected to result in a decline of 36.5% in expected yield, to 31.0 bushels per acre. Durum production is concentrated in the Prairie region that received below-average precipitation during the growing season.

« ONTARIO RMP SECURE FOR 2018 Food For Thought: Taking a Look At Sheep »