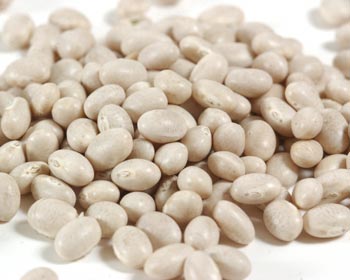 Spring conditions were wet across the province. Most areas saw rain approximately every third day through the end of May, making it difficult for some to achieve the ideal planting date of June 1st. Edible bean growers on lighter ground, particularly through Perth and Bruce Counties, were busy planting in early June but many growers were still catching up on soybean planting that had been delayed by wet conditions.

Pounding rains on the 5th of June in Middlesex County caused some issues with emergence. Planters were rolling in many fields during the weekend of June 11th, but some acres were not planted until July and others were left unseeded through eastern Ontario. In spite of the wet spring and late planting, most beans were planted in good conditions. Later plantings actually lacked moisture in some areas. Some replanting did occur across the province, but not more than what is typical for dry edible beans in Ontario.

Issues with rain continued into late June. Although significant losses were kept to a minimum, there were heavy rains on June 22-23 throughout much of southern Ontario. Around six inches of rain fell in Bruce and Grey Counties, causing flooding and standing water. Dry beans in these areas developed root rot symptoms as a result, and some plant stands were reduced.

Diseases of dry beans were more prevalent in 2017 than the previous season due to favourable weather conditions. Anthracnose was present in a number of fields across the province, but fungicides were generally applied at the appropriate timing to prevent significant bean quality issues. White mould pressure was very high because of prolonged wet conditions, and many growers opted to apply fungicides twice to protect the crop.

Western Bean Cutworm (WBC) continues to pose a significant risk to dry edible beans in Ontario, and proves to be a significant challenge to manage. It is recommended that edible bean growers have two WBC traps in each field, and begin scouting for pod damage once 50 moths are trapped. Current recommendations are to spray when pod feeding is observed. Larvae typically begin feeding 10 to 21 days after peak flight, and feed for about 30 days. They hide in the soil during the day and feed on new pods each night so registered foliar insecticides should only be applied when pods are present, and good coverage of pods should provide effective control of actively feeding larvae.

Harvest was delayed this year because of late planting and rain at the end of the season. Very few beans were delivered in August, and by mid-September it was estimated that fewer than 10% of acres had been harvested in most regions. Late September and early October were quite warm; many acres were harvested and a large percentage of acres were desiccated during this time. Harvest continued well into October across many bean growing regions. Late harvested beans had high moisture, but most edible beans came off at average to dry moisture levels. Some dealers reported high cracked seed levels in white beans, but overall cracks and splits appear to be average.

Edible bean yields were average to above average. Cranberry bean yields were reported to be high on many acres, and some edible bean acres in Middlesex yielded more than soybeans. There are reports of poor black bean yields, which are likely related to accounts of poor black bean emergence. Farmers are required to report yields to Agricorp by December 15th, so provincial yield data will be available sometime after that date. There are many reports of yields above 2500 lb/ac. Provincial yields will likely be average to above average for the season.

For the complete summary, visit fieldcropnews.com.