A NEW SOLUTION TO CLEANING WASTEWATER ON SHRIMP FARMS 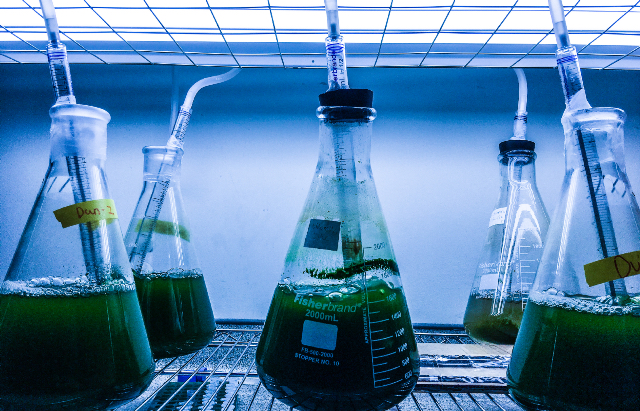 A NEW SOLUTION TO CLEANING WASTEWATER ON SHRIMP FARMS

“It’s not a new idea,” admits Andreas Heyland, lead project researcher and integrative biology professor at the University of Guelph. “But we’ve been able to select highly efficient algae strains, which can be grown on the recirculating water.”

In-land shrimp farming has grown in Ontario in recent years with the demand for local shrimp in closer proximity to the marketplace. As a result, farmers are looking for new ways to manage nutrient build-up in the production system; conventional methods don’t produce much revenue and saltwater can’t be easily disposed in the environment.

Selecting the right algae strains to remove the excess nutrients is key to achieving clean water and a new marketable product, the harvested algae.

“Once grown, the algae have many uses, including biofuels, cosmetics and even applications in biotechnology. Therefore, the large quantities of algae grown on the nutrients supplied by shrimp aquaculture could offer a new revenue source for shrimp farmers, a win-win,” he says.

Heyland and his postdoctoral student, Reynald Tremblay, have been working on this project for more than a year. In addition to identifying the most effective algae strains, they have also teamed up with Wael Ahmed from the University of Guelph’s School of Engineering to develop an efficient photo bioreactor in which the algae can be kept separate from the shrimp water, while at the same time experiencing optimal growth conditions.

The new system circulates production water through a photo bioreactor, a device