Food For Thought: What You Didn’t Know About Agriculture 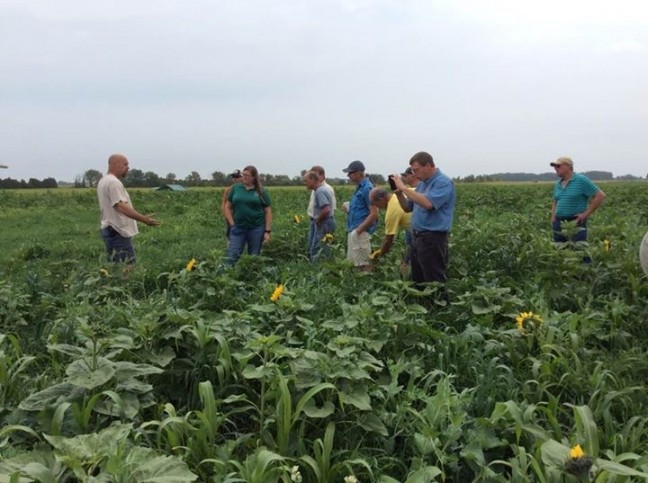 Food For Thought: What You Didn’t Know About Agriculture

Laurent (Woody) Van Arkel (left) discussing the importance of cover crops this past summer at a Field Day in co-operation with the University of Guelph Ridgetown Campus, Ontario Ministry and Agriculture, Food and Rural Affairs (OMAFRA) and the Ontario Soil Network.

Let’s look at bit closer at farming as a business and try to understand some of the issues facing farmers these days. The information in this article is from “The Real Dirt on Farming” which is published through Farm & Food Care Ontario.

The number of young people in farming is falling. Just over nine per cent of farmers are under the age of 35.

For every dollar a Canadian farmer earns, he pays out approximately 75 cents in operating expenses.

Last year, the average cost of two loaves of bread was $4.94, but the farmer received only 22 cents.

In 1983, Ontario farmers and the provincial government set a goal to decrease agricultural pesticide use in half within 20 years. By 2003, farmers had reduced their use of pesticides by 52 per cent – and it continues to decrease by about three per cent every year.

Farmers are continually taking courses and attending workshops to make sure they’re up to date with the latest technologies and farming practices. In fact, the 25th annual Southwest Agricultural Conference recently took place at the University of Guelph Ridgetown Campus. Eighty speakers during these two days gave informative and innovative talks to 1,400 producers from across Southwestern Ontario and beyond. Now that’s a progressive sector!

Here in Chatham-Kent ‘We Grow for the World’. Check out our community’s agricultural website at wegrowfortheworld.com