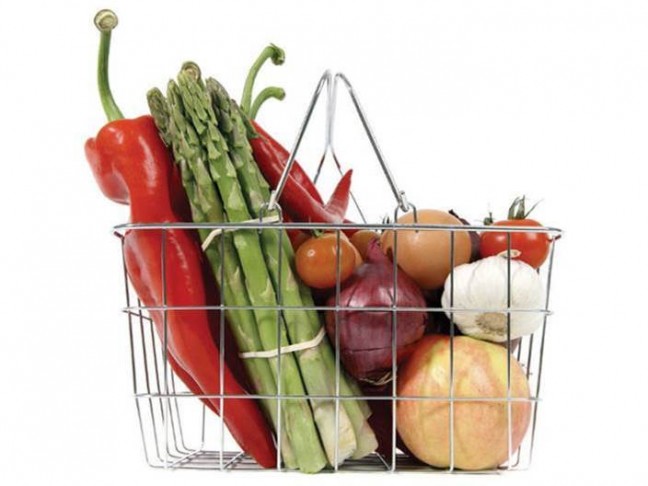 The University of Guelph is part of a national coalition calling on the federal government to set up an advisory group to support and inform Ottawa’s pending national food policy.

“With such a short time frame for its development, A Food Policy for Canada alone cannot address all the complex issues and long-term challenges facing Canada’s food system,” said Prof. Evan Fraser, director of U of G’s Arrell Food Institute and holder of the Canada Research Chair in Global Food Security in the Department of Geography.

Establishing such a group is the recommendation of a report released Monday (Dec. 18) by an informal ad hoc working group on food policy governance, which includes Fraser and other members of the Arrell Food Institute. Also involved were the Canadian Federation of Agriculture, Food Secure Canada, Maple Leaf Centre for Action on Food Security and the J.W. McConnell Family Foundation.

The report was compiled at the request of an informal network of organizations in food and farming, civil society, and philanthropic and academic sectors.

Its recommendation follows discussions held by various stakeholders since the federal government announced this past spring that it plans to create a national food policy.

More than 40,000 Canadians have taken part in government-sponsored consultations intended to help shape a national policy, including a forum held at U of G.

Those discussions repeatedly called for a national group to support government and a Canadian food policy, the report said.

The proposed council would include members from government, civil society, academia and the private sector, and would monitor and advise on implementation of the national food policy.

“Equally important, a national food policy council will help build collaboration, elevate and coordinate programs, and drive change among these diverse stakeholders to accelerate progress toward the food policy’s objectives,” said Fraser, who spoke earlier this year to the House of Commons standing committee on food and agriculture.

“A national food policy requires thinking and rethinking about everything related to food,” he said, citing such issues as healthy eating, poverty and food security as well as environmental impacts of farming.