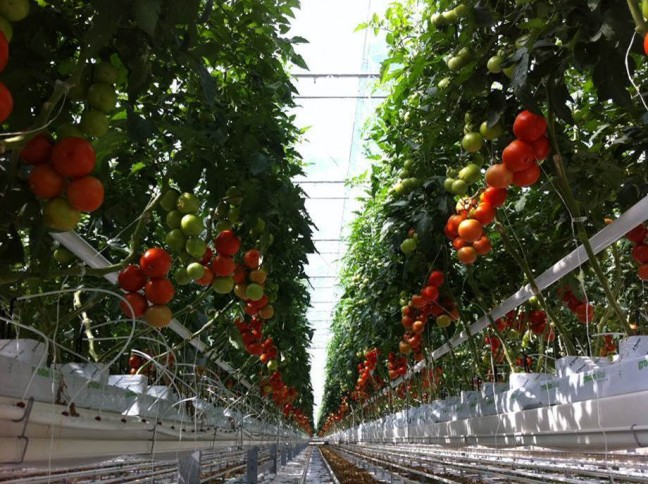 » Kim Cooper » What You Didn’t Know About Agriculture….

We all know some things, some know many things, but none of us can know everything. Agriculture is one of those areas where we all can learn some new facts, and if you want to learn more, like I have with these facts below, check out Farm & Food Care’s facts on farming at www.realdirtonfarming.ca

Milk is identified and sampled from every farm before it’s put in the milk truck. This ensures each tank of milk meets strict government quality standards. In addition to farm samples, every truckload of milk is also tested at the processing plant. If there is a problem with the milk, the entire load is rejected and the farmer deemed responsible can be fined.

Greenhouse gas is not actually gas coming from a greenhouse. It’s a series of gases like methane and carbon dioxide, which act as a shield that traps heat in the earth’s atmosphere, much like the way a greenhouse retains heat.

A ruminant is any hooved animal that digests its food in two steps: first by eating the raw material and regurgitating a semi-digested form know as cud, then eating the cud, a process called ruminating. Ruminants have four compartments in their stomachs and include cows, goats, sheep, llamas, bison, buffalos, elk and deer.

Canadian farmers are producing more food per acre on less land, and using less water, fertilizer, and other resources to do so. In 1900, one farmer produced enough food for 10 people. Today, that same farmer feeds more than 120 people. The use of new technology and modern, efficient equipment plays a big role in this.

Factory farm is an inflammatory term created by anti-farming activists and is not one that is used by our farmers. There are farms of all sizes and they are all farms and not factories. In fact, farming in Canada is still a family business, as over 97 per cent of Canada’s farms are family owned.

Laying hens (the ones who lay the eggs we eat) are housed in a variety of ways. Farmers continue to invest money in hen housing research to evaluate what best suits the birds and to continually upgrade hens’ accommodation.

In all provinces across Canada, an educational initiative called the “Environmental Farm Plan” is helping farmers assess their farms for environmental concerns and set goals and timetables for improvements. In Ontario, about 70 per cent of farmers have participated and have invested over $600 million in on-farm environmental improvements over the last 20 years.

Soil contains small particles of sand and clay, decaying organic matter, earthworms, bacteria, insects and microorganisms. Soil is a living environment and is ideal for growing crops. Dirt is basically dead soil, which can be revitalized by adding organic matter. The texture and colour of the soil, how it looks, feels and even smells, depends on the amount of each component in the soil blend.

Food, fuel and bio-products can be produced these days from common Canadian crops like corn, soybeans and wheat. For example, paints and varnishes, adhesives, carpet backing, fabrics, sofas, mattresses, bedding, clothing, candles, soaps and cosmetics can all be make from grain-based products.

These are just a few agricultural facts. There is always so much more to learn in all aspects of our lives. Be a life-long learner.

Here in Chatham-Kent ‘We Grow for the World’. Check out our community agriculture website at: www.wegrowfortheworld.com