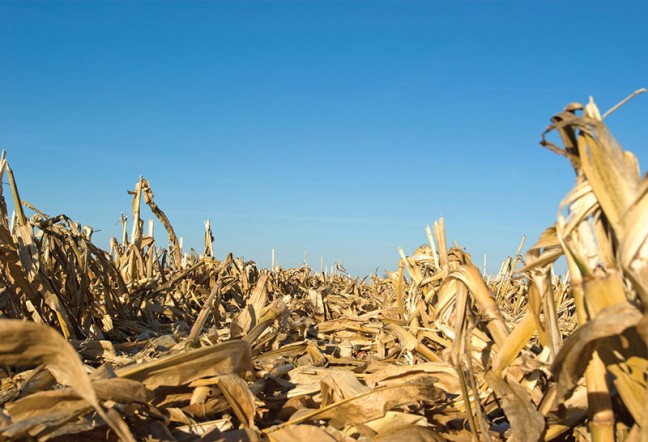 Making more money on the same amount of land – it’s a mantra for today’s farmers, and one that’s increasingly relevant as land prices and production costs continue to rise.

A Sarnia refining company is helping local farmers expand their return per acre by providing a market for an otherwise low-value material: the corn stalks and wheat stubble left over after harvest.

With planning for a new facility well underway, Comet Biorefining is expanding its partnership with Ontario farmers who are members of the Cellulosic Sugar Producers’ Cooperative – a partnership that started in 2014 – to turn an additional 60,000 tonnes of crop residue into 30,000 tonnes of cellulosic dextrose, or industrial processing sugar, each year.

The facility will also produce 30,000 tonnes of hemicellulose and lignin or organic compounds found in plant cells that can be used in many industrial applications.

“Dextrose is used in everything from food products and animal feed to a wide range of industrial processes. Generating that dextrose from crop residues means farmers are increasing the value they get from every acre,” says Comet CEO Rich Troyer.

With support from BioIndustrial Innovation Canada and Sustainable Development Technology Canada, both non-profit organizations that work to promote the development and adoption of clean technologies and markets, construction of the new Sarnia refining facility is to begin this spring.

Troyer says the total North American market for dextrose is about six million tonnes every year and growing.

According to Cellulosic Sugar Producers’ Cooperative general manager Brian Cofell, farmers interested in participating are asked to contribute a membership fee of $500, and an initial investment of $200 for each acre they wish to commit to harvesting crop residues for the new refinery.

Yearly returns for that investment begin with a preferred dividend of $50 per acre for the first five years, then continue at $30 per acre each year after that. However, Cofell says they anticipate a return of $100 per acre by 2029, due in part to steady demand for dextrose and the capacity of the new Comet facility.

The price farmers will receive for their corn stover and wheat straw is added on top of that dividend, and is locked in at $25 and $40 per dry metric tonne respectively.

As of this past December the cooperative was supported by 80 farmer members, though Cofell says that number is steadily increasing.

While the new facility is under construction, Coffell says the immediate goal for the cooperative is to continue expanding its member base, while planning for an initial harvest in fall 2018. The new facility will reach full production in 2019.

“The cooperative will own 27.5 per cent of Comet Biorefining’s new plant. It’s an opportunity for the growers themselves to be part of creating a final product,” he says.