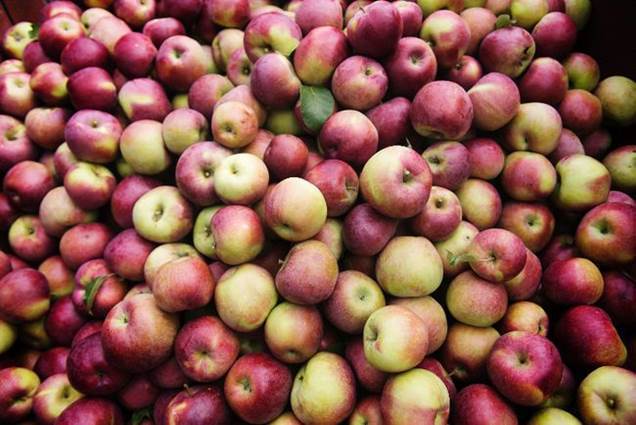 Agriculture is one of those sectors you can never know everything about. I have been involved in agriculture for over 45 years and am just starting to really understand it. But there is so much more. This week, let’s look at some interesting facts regarding agriculture and food, things you were always afraid to ask about but always wanted to know.

Hamburger meat from a single steer will make about 720 quarter-pound hamburger patties. That’s enough for a family of four to enjoy hamburgers each day for nearly six months.

Apples are a member of the rose family. Fresh apples float because 25 per cent of their volume is air. In the winter, apple trees need to “rest” for about 900 to 1,000 hours below 7 degrees C (45 degrees F) in order to flower and fruit properly. There are more than 7,000 varieties of apples grown in the world.

Archeologists have found evidence that humans have enjoyed eating apples since 6500 B.C. On average, each of us eats more than 19 pounds of apples annually.

The name asparagus comes from the Greek language and means “sprout” or “shoot.” Asparagus is a member of the lily family. Asparagus is related to onions, leeks, and garlic.

Pumpkins were once recommended for removing freckles and curing snakebites. Pumpkins are 90 per cent water. In early colonial times, pumpkins were used as an ingredient for the crust of pies, not the filling. Pumpkins contain potassium and Vitamin A.

North Americans on average eat about 14 pounds of turkey each year, which is more than double the rate compared to 20 years ago.

The peach is a member of the rose family and will have a sweet fragrance when ripe. Peaches are a good source of Vitamin C.

Broccoli was probably first grown by immigrants from Italy in home gardens. In 1970, consumption of broccoli was only 0.5 pounds per person. Today, the average person in North America eats 4.5 pounds each year.

Farmers and ranchers provide food and habitat for 75 per cent of the North American wildlife. Deer, moose, fowl and other species have shown significant population increases in the past several years.

Grapes are one of the oldest cultivated fruits. They have been around for more than 8,000 years.

North Americans eat about 125 pounds of potatoes a year. About one half of this amount comes from fresh potatoes, while the other half comes from processed foods.

More than 96 billion pounds of edible “surplus” food is thrown away each year. It is estimated that almost 27 per cent of our food supply is wasted in North America. This is shameful. We need to do a better job at not wasting food, when so many are struggling to find food.

Remember that here in Chatham-Kent we grow for the world. Check out our community’s agricultural website at: www.wegrowfortheworld.com