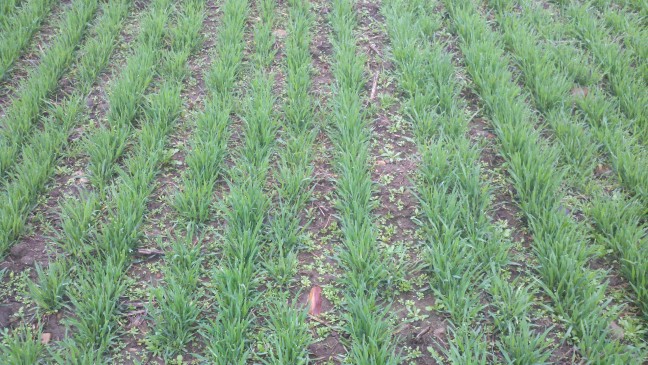 The 2018 season is obviously off to a slow start following a significant storm system that brought freezing rain, ice pellets and snow to much of the province on the April 14th weekend. As of April 18th, it’s easy to find fields that are still snow covered.

The weather and soil conditions will eventually turn more favourable and when it does field activities will begin at a rapid pace. The following is an overview of where crop conditions are at so far and management considerations for the upcoming 2018 crop.

Winter Wheat: Winter wheat acreage is estimated at 930,000 acres, down approximately 1% from last year. Currently, most of the winter wheat crop looks good. Recent cold temperatures have resulted in slow growth. Some frost heaving has been observed mainly in fields that were planted too shallow.

Most of the wheat was planted early and developed a good root system and has 3 tillers. Water ponding has occurred in some areas of the province, particularly in low lying parts of the field, and there is little expectation for survival but thankfully this does not represent a large percentage of the total acreage seeded.

There is a concern in the Niagara area that the wheat may not have come through the winter very well. In the last two weeks, some nitrogen was applied to the winter wheat, but the majority of the winter wheat crop has not received nitrogen.

On the positive side, there was a longer than normal window this spring to frost seed red clover into winter wheat and many growers took advantage and its estimated that acres with under-seeded red clover are higher than normal.

For the full report, visit fieldcropnews.com.