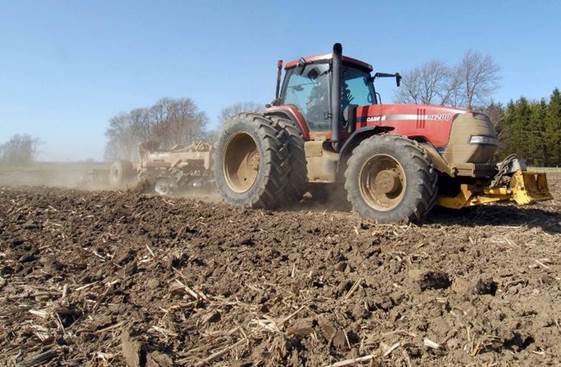 From the Statistics Canada report, released on May 28

Farm cash receipts, which include market receipts from crop and livestock sales as well as program payments, rose for the seventh consecutive year, up 1.8% to $61.6 billion in 2017. This was the second-smallest increase during this period, surpassing only a 1.2% rise in 2016.

Receipts for livestock producers totalled $25.0 billion in 2017, up 4.5% over the previous year. Increases were widespread, with gains in supply-managed; hog; and cattle and calf receipts. A 6.2% rise in marketings pushed dairy receipts 6.3% higher, accounting for the bulk of the increase in the supply-managed sector.

Revenue from cattle and calf production rose 2.3%, despite slightly lower prices. Marketings increased 2.8%, as increased domestic slaughter more than offset a drop in the number of animals exported.

Crop receipts were unchanged from 2016 at $34.1 billion. Revenues for lentil producers fell 45.7%—a second year of declines after more than doubling in 2015 in the wake of world production disruptions. A 30.0% drop in dry pea receipts followed a 68.0% increase in 2016. Export markets for lentils and dry peas weakened significantly in 2017, driving down both prices and quantities sold.

Soybean receipts fell 6.5%, contributing to lower crop revenues in Quebec and Ontario. Marketings were down despite a small rise in exports. Higher stocks put downward pressure on prices.

Counteracting these decreases were increases in canola and wheat (excluding durum) receipts. Canola receipts were up 7.3% in 2017 with both export and domestic markets remaining buoyant. Prices increased 2.1% while marketings rose 5.1%.

Higher prices and larger interprovincial movements of cattle and calves pushed livestock and poultry purchases up 12.3%.

Moderating these increases was a 3.8% price-related decline in fertilizer expenses.

Total farm expenses, which include total operating expenses and depreciation, rose 2.5% to $53.4 billion in 2017. Total farm expenses were up in every province, with Alberta (+3.7%) posting the largest percentage rise. Quebec (+0.9%) had the smallest.

The value of inventory change had a positive impact on net farm income. On-farm stocks of soybeans and canola rose in 2017 as did inventories of cattle and calves. These increases more than offset a production-related drop in durum wheat stocks.