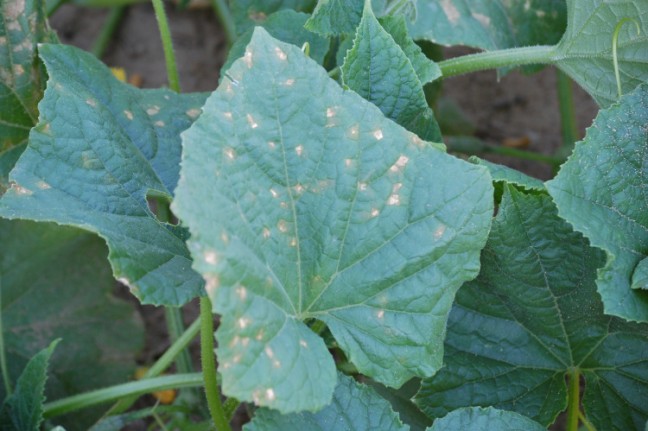 If we look at the date of first detection of downy mildew on field cucurbits in the Great Lakes region, it typically occurs in the final week of June to early-July.  Over the past week there have been several new reports of downy mildew in the Southern US, with it now being confirmed as far north as Maryland.

While the forecast predictions for the great lakes region are still low-risk, experience tells us that there is a benefit to applying a broadspectrum fungicide such as mancozeb or chlorothalonil before the disease becomes established in this region.  With forecasted overcast-to-rainy conditions, consider starting the preventative program sooner rather than later!

For the week of June 18th, 2018, scouting was conducted in Norfolk (Norfolk Fruit Growers Association) and Kent (University of Guelph, Ridgetown Campus).  There were no reports of downy mildew at this time. The pickling cucumber scouting program is supported by the Ontario Cucumber Research Committee.