A WHOLE SYSTEMS VIEW OF SUPPLY MANAGEMENT: PART I 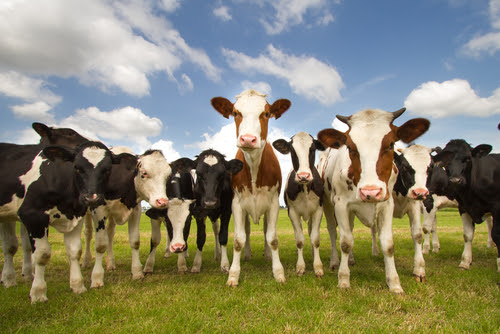 A WHOLE SYSTEMS VIEW OF SUPPLY MANAGEMENT: PART I

on August 17 | in Ag News | by Jodie Deprez | with Comments Off on A WHOLE SYSTEMS VIEW OF SUPPLY MANAGEMENT: PART I

The current press frenzy around Canada’s supply managed dairy system is mostly thanks to the rhetoric of politicians south of the border. However, the debate about costs and benefits, pros and cons, of the system has gone on within our own Canadian media for a long time too.

Media debate around supply management often focuses on the issue of price for the product on the shelf, but this is far too simplified a way of trying to compare complex differences between complete systems of producing and marketing milk. A recent Toronto Star comparison of Ontario conventional and organic milk used the same type of reductionist method in its analysis. The problem occurs over and over again.

The CFFO prides itself on considering agricultural issues not only from an economic perspective but from the triple bottom line. We recognize that economic, environmental and social impacts are always closely interconnected. This is the first of two commentaries looking broadly at supply management and focuses on the social impacts of Canada’s dairy system.

The U.S. has accused Canada of being highly protectionist and in so doing, hurting American dairy farmers. Al Mussell and Douglas Hedley from Agri-Food Economic Systems recently released two analytical policy notes examining the Canadian and American dairy systems, in the context of this debate. Mussell and Hedley point out that in terms of protections, the Canadian and U.S. dairy systems are very similar, “with examples of very high levels of protection in the U.S.buried in the details of its tariff schedule.” However, one “fundamental difference” is that Canada is not export dependent, while the U.S. market is. “The market effects of Canadian dairy policy are contained internally, bound by quotas; the effect of US dairy policy flow out into the global market.”

This means that Canadian dairy is not flooding the world market with cheap overproduced milk, unlike the U.S. and other “open market” dairy producing countries. This flooded export market has impacts on local farm businesses in the first world and in developing countries. The availability of cheap, subsidized American milk impacts local production capacity wherever in the world it gets sold. It’s especially hard for fresh local production and for smaller farms. The social impact of this is significant.

Farmers here in Canada recognize the problems of this flooded global market. The risk to smaller Canadian dairy farms was part of the reason that Henk and Bettina Schuurmans, who recently suffered a tragic accident on their “Canadian Milk Tour,” were so passionate about promoting Canada’s supply management system. In an article from the KW Record before they began their tour, Henk Schuurmans said that small farms would “be pretty much wiped out if supply management is gone. And it’s not just the farmers, it’s the suppliers, the tractor dealers, the veterinarians, the accountants, they’d all be affected.”

The average size of dairy farms in Canada is much smaller than those in the U.S., and this means there are far more farm families able to make a reasonable living dairy farming in more rural communities across the country. It’s much easier for small-town businesses to serve several farm families in their area than one or two. Smaller farms help sustain rural communities.