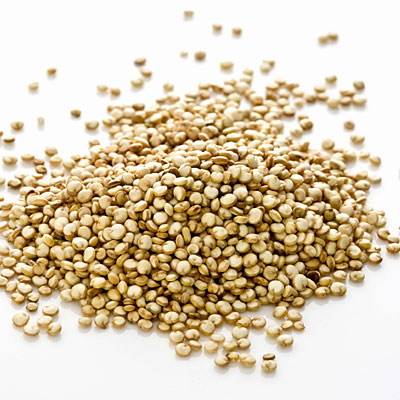 Two ancient grains from South America have been grown in small quantities in Quebec with promising results, the researchers and companies behind the initiatives say.

But producers involved with the experiments say it will take time before chia and quinoa or other niche grains become mainstream crops here.

“A lot of research and practical information still needs to be developed, but there is a lot of interest,” says Josée Boisclair, a senior biologist with the Institut de recherche et de développement en agroenvironnement.

The IRDA is a non-profit research group backed by the Quebec government and the province’s farmers’ union, the UPA, that among other projects, looks at diversification and added-value crops for the benefit of producers and society.

Between 2015 and 2018, Boisclair led a research project to test the feasibility of growing chia in Quebec.

Chia is the edible seed of Salvia hispanica, a subtropical flowering plant from the mint family that was widely cultivated by the Aztecs and the Mayans as a food staple.

Prized for the energy it purportedly delivered (“chia” was the Mayan word for “strength”), today, the omega-3-rich chia is a top superfood in the global health and wellness movement.

The grain has never been grown commercially in Canada.

With $50,000 in federal and provincial funding and a small supply of seeds from an American researcher at the University of Kentucky, Boisclair and student interns hand-planted several three-metre-long rows of chia. The planting was done at different times and seeding rates over two seasons at the IRDA’s 220-acre experimental farm in the regional farming centre of St. Hyacinthe, an hour’s drive east of Montreal.

According to the recently-released results of the study, the plants rendered more than one tonne of chia seed per hectare in each year.

That is considered comparable to yields of chia in South America and to wheat and organic soy and canola crops in Quebec.

“Chia grows well here and is a beautiful plant – more horticultural than grain crop,” says Boisclair, who specializes in field vegetables and disease.

Despite the absence of pests or disease, Boisclair says there were many biological, production and market issues that would have to be solved before chia could become a viable crop here.

Those challenges involve everything from seeding and weeding to harvesting and chia seed supply.

“Our goal was to show the feasibility of growing chia here and we did that,” Boisclair says. “But I think demand will continue to grow for these kinds of grains and there is potential for both producers and processors.”

A dairy farmer and seed merchant in Causapscal, a village on the Gaspe Peninsula, Bergeron was one of a few local producers who grew another ancient grain – quinoa – as part of another feasibility project sponsored by the province’s agricultural ministry and a Montreal food company, GoGo Quinoa.

“I was surprised at how good it grew,” says Bergeron, who produces oats, barley and wheat on some 1,500 acres with his three sons and runs a regional seed centre.

He says the approximately three acres of quinoa he grew in 2016 and 2017 produced an “interesting” yield of quinoa.

But he says the quality “just wasn’t there” and there were issues with weed control and the harvest, which requires the grain to be thrashed when dry.

“It was an interesting experiment that we tried for two years,” says Bergeron, who is not growing quinoa this year. “It was a good start. But a lot of work needs to be done before anybody can make any money at it.”